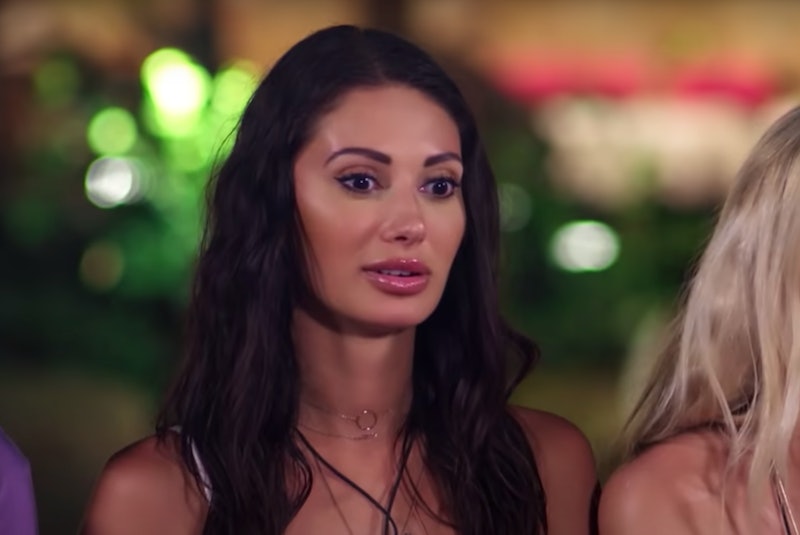 On Netflix's new dating show, Too Hot to Handle, a bunch of serial right-swipers are confined to a beach resort and have to resist hooking up if they want to win $100,000. It's an amusingly impossible task, and the trailer already hints that contestants like Francesca Farago are going to have a hard time abiding by the rules. But based on Francesca's Instagram, the Vancouver and Los Angeles-based model is pretty comfortable being risqué.

Francesca appears to be an Instagram model and influencer who almost exclusively models swimwear and lingerie. She travels to beach destinations a lot — St. Lucia, Cancun, Bahamas, and Cabo — so her outfit choices are pretty fitting. It appears that she brought some of her lacier outfits to the Too Hot to Handle resort, which is perfect for the sexy beach retreat that the show parades itself as — though, given the twist, may make her wardrobe literally too hot to handle.

Per her Instagram, Francesca is working on creating her own clothing line of ethical, sustainable, and biodegradable vegan swimsuits called Farago the Label. She's also a Fashion Nova partner, which may be a stepping stone to becoming a Fashion Nova ambassador like Cardi B, and she reps the Missy Empire line, Misha Swim bikinis, Romwe, and Hot Miami Styles.

Like the rest of us, Francesca is currently staying at home during the ongoing COVID-19 pandemic, and in a recent post wrote that she marathoned Tiger King and is already considering a rewatch. (Relatable.) When she's not watching the exploits of Joe Exotic, she seems to spend a lot of time with her dog, Romii the white Pomeranian. Romii has his own Instagram, and he appears to enjoy causing trouble.

Per her bio, Francesca is also vegan, and she has a long-running IG story showing off her favorite vegan eats and recipes, from vegan curry to no-meat burgers and sandwiches.

As for her role on the show, it looks like Francesca is going to be mostly involved with Harry, whose Instagram also suggests he's a model to some degree (or he just loves posing with his shirt off, you can never really tell these days). The Too Hot to Handle trailer shows Francesca trying to get closer to Harry, but he puts a stop to it by saying, "I don't want to break the rules," much to Francesca's disbelief. Is Francesca one of the first contestants to disregard house rules? It's possible her and Harry end up lowering the prize money, but perhaps the two of them will surprise us and form a deeper connection by season's end.