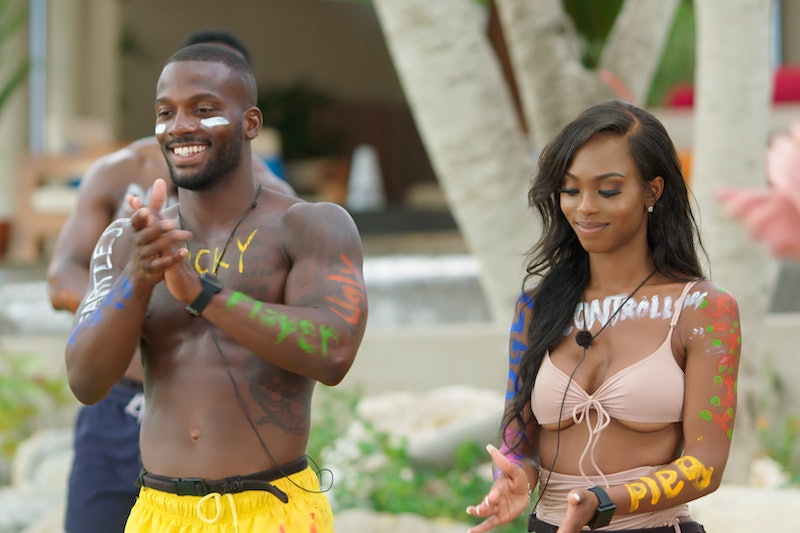 Too Hot to Handle's self-proclaimed mom and dad might still be together after all. On Sunday, April 19, Sharron Townsend left Rhonda Paul an Instagram comment that seemed to suggest their showmance is now a certified romance. Sharron (@sharrontownsendofficial) commented "I'm lucky" on Rhonda's latest selfie after the reality star captioned her photo, "Never compare Yourself to others, acknowledge the positive within yourself, reflect on the best parts of yourself."

Interestingly, Sharron appears to have since deleted the comment, which only adds to the speculation that they might still be together. Since Too Hot to Handle filmed last April, the contestants have been tasked with carefully guarding spoilers, and that includes keeping any relationships quiet. In a recent IG Story, Rhonda revealed that on April 23 or 24, she would give everyone more information about "Sharronda." It seems that until then, she and the rest of the cast are meant to be keeping spoilers about what happened after the show ended to themselves.

If any couple did go the distance, then Atlanta single mom Rhonda and New Jersey native Sharron seem the most likely. Recently, Rhonda shared with Bustle that her connection with Sharron was instant. "It felt amazing but scary at the same time," Rhonda said. "But it was something that I was proud of because me and Sharron really took the time to understand what was happening ... because we have both come from such hurtful pasts ... we were really about the self development."

Netflix's latest reality dating show is quite possibly the trickiest to navigate since contestants are penalized for getting physical. Too Hot to Handle is all about forging a real bond, which is exactly what Sharron and Rhonda appeared to do over the course of the series. Sharron even dubbed them "Obama 2.0."

Since filming ended, the two have followed each other on Instagram, and Sharron has liked most of Rhonda's photos. That doesn't mean that they're still together, but a comment like "I'm lucky" certainly makes it sound like these two are still dating. It's always possible that Sharron simply means he feels lucky to know Rhonda... or it could mean they're still going strong a year after filming Too Hot to Handle together.

Only Sharron and Rhonda know where they stand for sure, and viewers will just have to wait until April 23 (or 24) for Rhonda to spill all the details on Sharronda's relationship status.