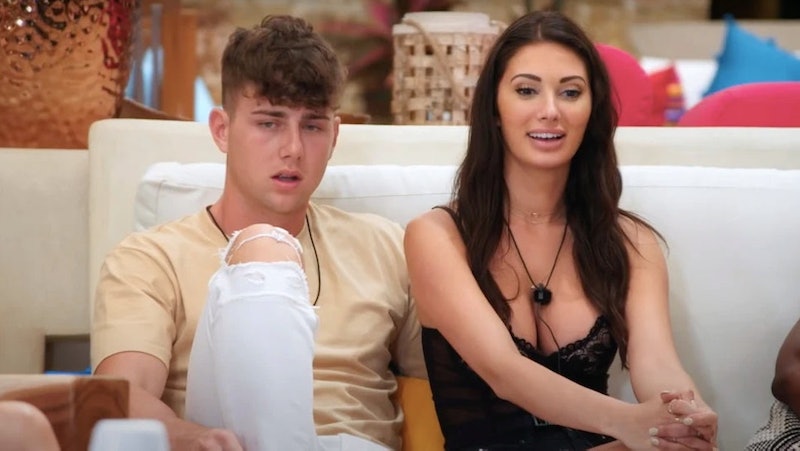 In an emotional video uploaded onto YouTube, Too Hot to Handle star Francesca Farago revealed she and Harry Jowsey have split. The two, who met on the set of the Netflix dating reality TV series, both announced the breakup on June 16. Whereas Jowsey announced plans to address the split on Instagram Live the next day, Farago shared a five minute video titled “Our Break Up," and explained that the two called it quits over long distance issues. (She lives in Canada while Jowsey is based in Los Angeles.)

The split comes after Jowsey proposed to Farago on the Too Hot to Handle reunion on Zoom on May 8 with a Ring Pop. While she initially accepted, Farago later told Variety that the two were only “kind of” engaged and hoped that Jowsey would re-pop the question in the flesh. “I think it definitely just needs to be done in-person, like a proper proposal," she said at the time. "So, as of right now, no, we’re not engaged, for everyone who’s been asking."

The two first met on the set of Netflix’s Too Hot to Handle, which follows a group of singles who meet and mingle on the shores of paradise. In a cross between Love is Blind, The Bachelor, and Survivor, the show features one major twist: the contestants aren’t allowed to have sex. While the two briefly split after the show and returned back to their respective homes, Farago and Jowsey reconciled in April, which in turn led to Jowsey’s Zoom proposal.

In an interview with PEOPLE on April 23, Farago touched on the difficulties of being physically apart in light of the COVID-19 lockdowns. "It's hard not being able to see each other because we're in different parts of the world, but everything's been great,” she said. “It's been the craziest year for both of us."