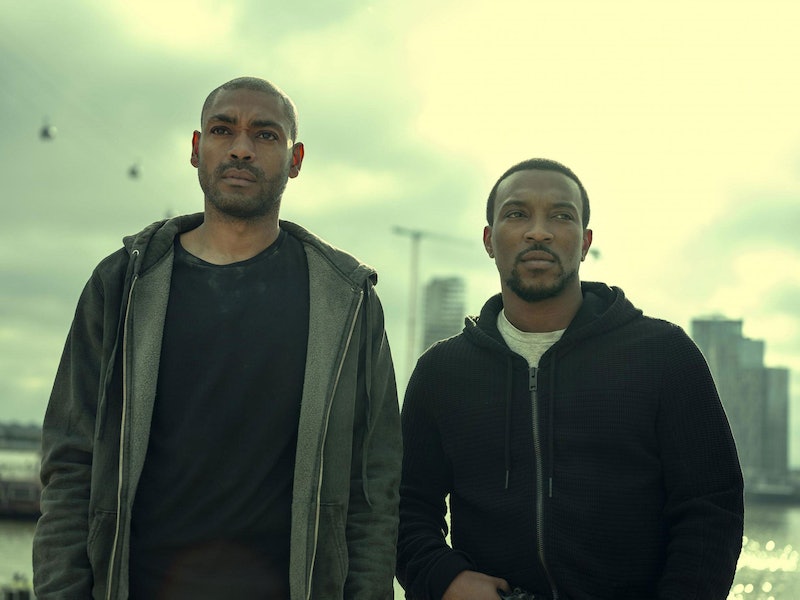 Last week saw the third season of London-based TV drama Top Boy return with the help of Canadian rapper Drake, as executive producer. While the show is very violent and depicts mostly black people in the underworld of London in gangs, with guns - I don’t think Top Boy is “bad” for black people, or an unfair portrayal of London because I know we aren’t a monolith and that this is a show for TV. Any issues with the shows portrayal of black people shouldn’t be ones of respectability politics, but ones taken up with the powers that be and who commissions what for film and TV.

Top Boy follows two drug dealers as they fight to stay on top in their estate in East London. I went into the third season cautiously. These days, I don’t tend to watch black people’s trauma on television any more. For the most part, I stopped watching violent films about slavery, or films depicting police brutality, or ones on the suffering of black women. That doesn’t mean those films and shows shouldn’t exist and don’t have a place, it just means I personally find them triggering. When I turn off the TV I'm still black, and those brutalities — fictional or not — happen to people like me.

I’d watched Top Boy when it originally came out on Channel 4 and I was well acquainted with the characters. Now that some of my favourite famous faces like musicians Little Simz and Dave have joined the cast for Series 3, how could I not give its Netflix debut a watch?

With the government using racially insensitive chicken boxes to “fight” knife crime, it’s easy to think shows like this don’t help the general consensus on knife crime in the capital, but since when is that the job of one fictional TV show to tackle?

BBC drama Peaky Blinders, which I also enjoy, doesn’t come under the same scrutiny as shows like Top Boy, nor does it speak for the whole of the white community in the UK. This is a show that glorifies gun crime, drugs and violence. The nation is literally enthralled by Tommy Shelby and his mob of gangsters who slash people with razors stowed away in their flat caps. So much so that a Peaky Blinders festival was held earlier this month. Violence on TV is nothing new.

The problem is who gets to choose what goes on TV. If all the shows about black people in the UK are ones of pain, struggle, violence and crime – of course, that’s a problem, because again, we are all individual people with differing lives. But shows like Top Boy and films like Kidulthood can exist in a world with Little Miss Jocelyn and Ackee And Saltfish. I know black people aren't a monolith, but does the UK film and TV industry?

I went into Top Boy scared for what would be waiting, but what I got instead was a multifaceted series digging deep into socio-economic issues facing a proportion of young black people living in London. This season touched on education and the importance of black teachers, islamophobia, xenophobia, and immigration. The episodes shine a light on the LGBTQ community, class issues, health care, young carers, and friendships. Although it is still violent, that took a back seat for me.

In my opinion, this probably the best season to date, with award-worthy cinematic visuals, and deep dives into how society fails marginalised people forcing them into a life of crime. It’s not my job, nor the job of Top Boy to represent palatable blackness to the world or represent how every black British person lives. The TV and film industry needs to hire more black creatives so we have a wide, wonderful and varied pool of work by, for and about black British people.

More like this
'Brookside' Is Coming Back & Soap Opera Fans Are Going Wild
By Sam Ramsden
'Boiling Point's TV Sequel Is Set To Deliver A “Rollercoaster Of Emotions”
By Catharina Cheung and Sophie McEvoy
Paul Mescal Called His Oscar Nomination “Absurd"
By El Hunt
Gillian Anderson's New Netflix Drama Is *Nothing* Like 'Sex Education'
By Frances Stewart
Get The Very Best Of Bustle/UK
Sign up for Bustle UK's twice-weekly newsletter, featuring the latest must-watch TV, moving personal stories, and expert advice on the hottest viral buys.