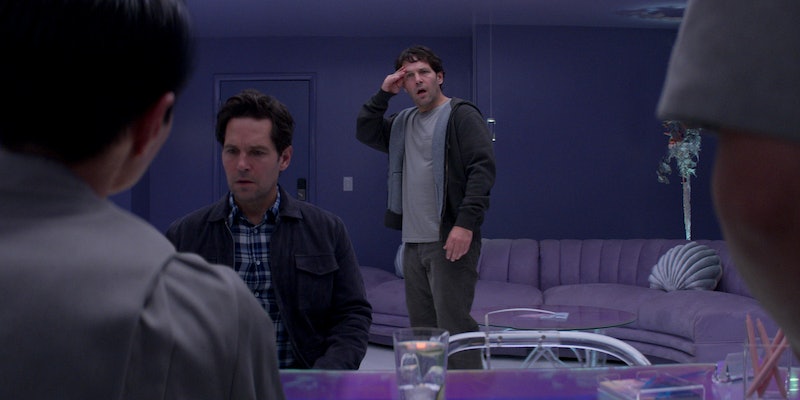 Spoilers ahead for Episode 1 of Living with Yourself. A spa that can make you "the best you can be" sounds like a dream come true. But the Top Happy Spa in Living with Yourself becomes a nightmare for Paul Rudd's Miles and not just because he got a bad massage. This Netflix black comedy comes from former The Daily Show executive producer Timothy Greenberg and the spa is clearly not based on a real spa, but the concept of a cloning spa isn't that far off in the future.

Human cloning is a common trope in movies and on TV, whether in comedies like Multiplicity or sci-fi dramas like Orphan Black. But as much as we see depictions of cloning onscreen, there's actually no evidence that anyone has ever been able to clone a person. The National Human Genome Research Institute states that "human cloning still appears to be fiction." As of 2017, the American government institute wrote, "There currently is no solid scientific evidence that anyone has cloned human embryos." So yes, take a moment to come to grips with the devastating truth that this means there can never actually be two Paul Rudds in the world.

The FDA has monitored human cloning in the U.S. since 1998 and there have been some extraordinary cases where organizations have claimed to clone humans. In 2002, Clonaid — a group founded by the alien-believed religious sect Raelians — announced that they had cloned a baby girl. The New York Times reported that Clonaid's claim was unproven, but all of this sure makes the premise of Living with Yourself sound significantly less wacky.

The process that the employees of Top Happy Spa (James Seol and Rob Yang) use is ultrarapid reproductive cloning with micro-synaptic memory transfer. Again, this is the stuff of science fiction. But there is some real-life history that could explain why Top Happy Spa is run by two Korean men. The National Human Genome Research Institute reported that in 1998, scientists in South Korea claimed to have cloned a human embryo but the experiment was interrupted too early to be successful. And in 2004 and 2005, South Korean scientist Woo-Suk Hwang wrote he had created a cloned human embryo in a test tube, but he turned out to be lying. South Korea's background in human cloning may have inspired Greenberg's Top Happy Spa employees, so that they aren't a racist stereotype.

While the cloning gives audiences two Rudds, the whole point of the science is for Miles to have a revelation about his life. The show's title spells that out since Miles must learn to not only literally live with himself but live with the unhappy person he has become.

But before any sort of happy ending can occur, Miles must come to grips that his $50,000 investment was meant to have him murdered. The ethical concerns that the United Nations and UNESCO have had about human cloning become even more outrageous in Living with Yourself since Top Happy Spa kills off the original host. No amount of lavender or lotuses — or the fact that Tom Brady is a six-time client — can erase that horror, so maybe be grateful there's no spa like Top Happy.