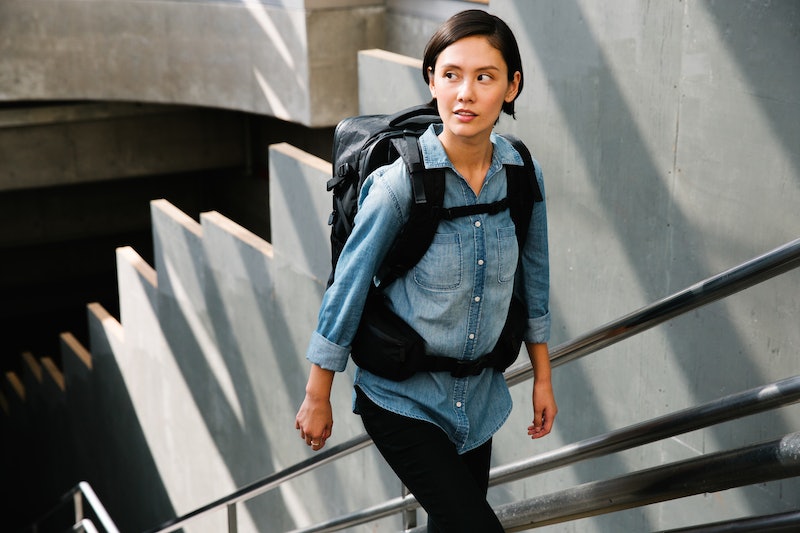 Tortuga's brand ethos isn't just about traveling the world, but also about ditching your office nine to five and working remotely. But the brand recently noticed a discrepancy with remote employee compensation within competing companies — and has worked to address it in its own company culture before a problem occurs. Tortuga is closing the digital nomad wage gap, making sure that its company compensation reflects equal pay for equal work.

Tortuga is one of the best backpack-slash-suitcase brands on the market, where the brand's backpack is as roomy and organized as a suitcase, but fits comfortably on your back. People who have rolled suitcases down cobblestone roads in Europe or tried to haul a carry-on down the unpaved sidewalks of Southeast Asia know that wheels aren't always the best option for an adventure.

Passionate about travel, Tortuga's team lives the dream that it pushes. Tortuga is made up of 100 percent remote workers, comprised solely of digital nomads. "Freed from an office, you'll work where you're most productive and live where you're happiest. Travel will become part of your life, not an escape from it," the brand's site reads.

"Obviously, we were disappointed to see that the wage gap exists among nomads and remote workers. The lesson is clear: Our industry and generation aren't inherently 'better,' and the problem persists even at companies that we start and operate. Every company must be aware of the problem and have a systematic way of avoid or fix it," Fred Perrotta, Tortuga’s co-founder and CEO, tells Bustle.

Tortuga also looked at specific variables that could affect this disparity in pay, such as age, education, job roles, or amount of hours worked. But no matter how they sliced it, the wage gap persisted. For example, women and men in the same age group had the same wage gap, even when they hit their higher-earning, stabler years, like their thirties.

Women and men working the same exact jobs had the same wage gap, even in fields where more women dominated, such as customer support or marketing.

Even worse, women and men that had the same exact education had an even bigger wage gap between them.

And men and women who both worked 40 or more hours a week had a similar wage gap. All across the board, no matter what explanation was thrown at it, the wage gap persisted for no other explainable reason than gender.

One reason that may be cause for the gap is that men are more likely than women to push back on initial pay offers, negotiate fee prices, and ask for raises more frequently. Taking this into account, Tortuga has set a company structure to make sure that fair pay isn't based on how aggressively one negotiate's for their salary. The brand has also taken strides to make sure that they hire just as many women for positions of power as they do men.

"The most important thing that we've done is to prevent a gap from being created in the first place," Perrotta says. Before launching his company, Perrotta had no prior experience in hiring or managing people, and salary-setting at first was haphazard.

"Some candidates asked for more and got it. Some didn't and didn't. Sometimes this broke down along the cliched gender lines: 'Men ask for more money, women don't' — but not always," Perrotta says.

Regardless, Tortuga reps say the brand never had a gender wage gap problem, rather took steps to make sure unequal pay would never be an issue for company employees. Tortuga created a process that would set a salary based on the work that was expected of the role, rather than what a candidate randomly asked for during the interview.

"We wanted a formula that was simple and fair. I felt confident setting salaries that way and in explaining that methodology to people. Candidates appreciated the transparency, fairness, and the fact that we had thought this through. We felt that it was important to 'show our work' and explain why we made certain tradeoffs," Perrotta explains.

One way Tortuga does this is that all of its salary formulas are transparent, so anyone can do the math on their current salary and make sure that they are receiving a fair amount.

When a person starts working at Tortuga, they automatically know the base for their role in the company. "A Tortuga-specific number is based on Payscale and Glassdoor medians, with adjustments as needed for the role," Perrotta shares.

In addition to the base pay, there is also a multiplier to account for more experience or more role responsibility. "This is how we account for raises and promotions within a role, rather than as part of a role or title change," Perrotta says. There is also a tenure bonus involved, where a worker receives a 2.5% raise for each year they are with Tortuga.

As for the actual hiring process, Tortuga uses a software that blocks LinkedIn photos, ensuring that the team doesn't hire based on gender.

"We've set our hiring software Workable to block applicant photos and to hide links to applicants' social media profiles. Our hiring and interviewing process is designed to be as objective as possible," Perrotta says. "Checking these settings helps us get closer to a 'blind' screening process. By hiding information that doesn't matter, we're better able to focus on what does matter at that stage: the cover letter and work history." And it works: Tortuga currently has a 50-50 gender split with women in positions of power.

The digital nomad industry might be prone to gender bias, but forward-thinking brands like Tortuga are taking strides to remedy the problem. Tortuga wants you to leave the office and work while on the road, and it's doing its part to make sure that the women who take it up on its offer aren't left behind.

CORRECTION: This piece has been corrected to accurately characterize Tortuga's current wage makeup, and to clarify that Tortuga's commissioned study was on digital nomad gender wage gaps in competing companies.