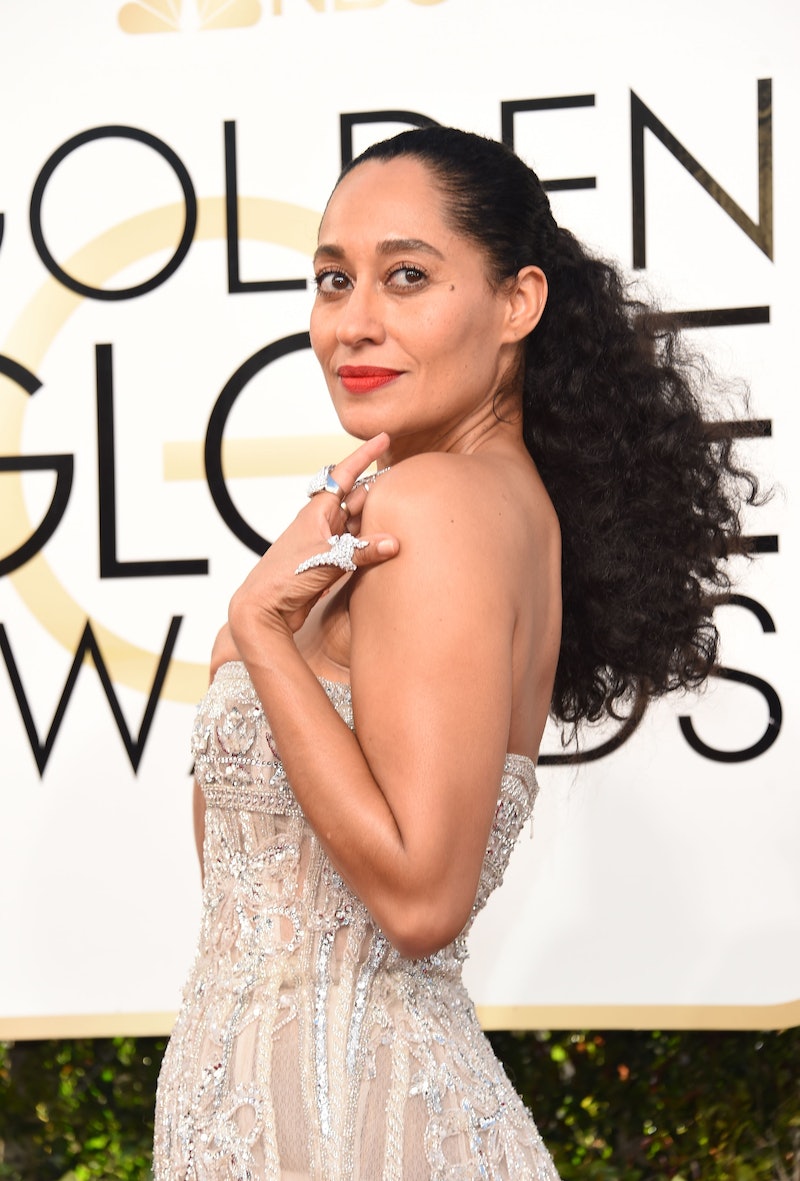 What do you do as an awards show voter when everyone in the category is just so damn good? That was the predicament the Hollywood Foreign Press Association (HFPA) had when voting for who should win the Golden Globe for Best Performance by an Actress in a Television Series - Musical or Comedy. Yet, even with such stiff competition, Tracee Ellis Ross winning the Golden Globe was so deserved.

The list of actors who were nominated for best performance in a TV comedy are all the evidence anyone should ever need to disprove the horrible stereotype that women aren't funny. Rachel Bloom in Crazy Ex-Girlfriend, Julia Louis-Dreyfus in Veep, Sarah Jessica Parker in Divorce, Issa Rae in Insecure, Gina Rodriguez in Jane The Virgin, and Ross in Black-ish each have epic comedic chops that make me laugh out loud on the regular. Yet, these women also give thoughtful performances in their TV shows that prove just how talented — and hilarious — they are. Each and every one of them could have won this award, but Ross' win was particularly a victory.

Ross slays on the groundbreaking sitcom Black-ish as Dr. Rainbow Johnson, where she balances humor with genuine family problems — including issues that specifically affect black families in America. As she noted in her acceptance speech, stories about women of color aren't "always considered worthy and valid and important," so this win was bigger than just her performance since it showed just how worthy the story she tells is. So while any of the outrageously talented women could have walked away with this Golden Globe award, Ross winning is nothing short of delightful — and there's no "ish" about it.