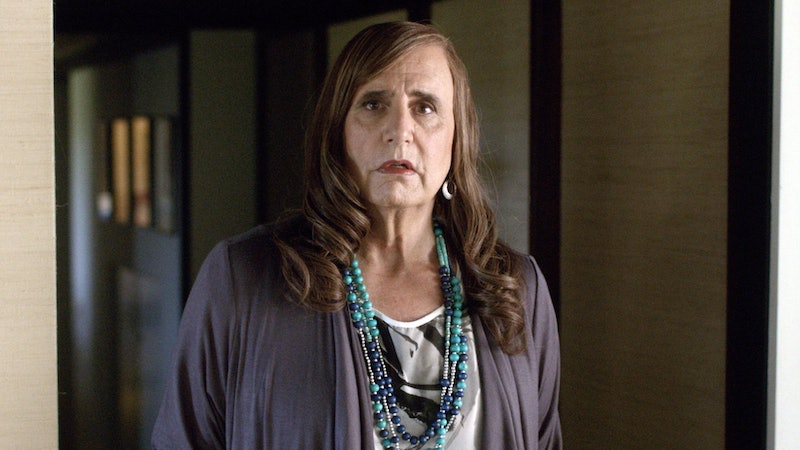 Finally, fans are learning more about the final episodes of Transparent — or, more specifically, who will be in it. In a new interview with the Los Angeles Times, creator Jill Soloway revealed that the Transparent finale will include the death of Jeffrey Tambor's Maura Pfefferman.

According to Soloway, the two-hour final episode set to premiere this fall on Amazon Prime is titled “The Transparent Musicale Finale," and will follow Sarah, Josh, Ali, and Shelly Pfefferman as they grieve their late moppa, who will die offscreen. “We were all in mourning in many ways, and we all had to process together,” Soloway told the L.A. Times in an interview published on Thursday, April 11. “The show has always been a reflection of who we were, and we were mourning our own narrative.”

Tambor played Maura for four seasons before he was fired following multiple allegations of sexual allegations. In 2017, Tambor's former assistant, Van Barnes, who is trans, claimed Tambor groped and propositioned her, according to Deadline. Trace Lysette, a trans actor who appeared on Transparent, later accused the actor of nonconsensual sexual advances.

Tambor has denied all allegations against him, but the actor left the show in November of 2017 amidst an ongoing investigation from Amazon Studios. In a statement announcing his departure, as obtained by Deadline, Tambor apologized for any "action of mine was ever misinterpreted by anyone as being aggressive, but the idea that I would deliberately harass anyone is simply and utterly untrue." He was officially fired in February of 2018, and it was later announced that Transparent's fifth season would be its last.

Now, they'll be mourning in song with an episode that will be directed by Soloway. The music and lyrics for the episode were written by their sister Faith Soloway, who already staged a Transparent musical last year in New York City.

The episode, will feature Shelly (Judith Light) staging her own musical to deal with the loss of her late husband. “It’s about a family mourning somebody, so we’re able to synthesize some of the real things that happened: the grieving, the shock, into a story of losing a parent,” Soloway said in a statement to USA Today.

And while Tambor won't be in the finale, series regulars Light, Amy Landecker, Jay Duplass, and Gaby Hoffmann will be there. As will previous Transparent guest stars like Kathryn Hahn, Cherry Jones, Melora Hardin, Tig Notaro, Rob Huebel, Alexandra Billings, and Lysette.

In October 2018, Soloway told The New York Times that instead of a full season, Transparent would end with a musical episode. Somehow, they (Soloway identifies as gender nonbinary and prefers singular pronouns) admitted, it felt like the perfect way to say goodbye to this dysfunctional family of five. "This idea of music rescuing our family was all there," Soloway said. "So we're like, Let's just keep blowing on the flame. The Pfeffermans will live on, and that's what kept us going."

In that same interview, Soloway teased that the Transparent musical "will hopefully feel like Jesus Christ Superstar mixed with La La Land mixed with Flight of the Conchords with something more Jewish thrown in — a little Yentl."

As TVLine pointed out, the Jesus Christ Superstar soundtrack played a big role in Season 4. And now, it may help the Pfeffermans take their final bow.