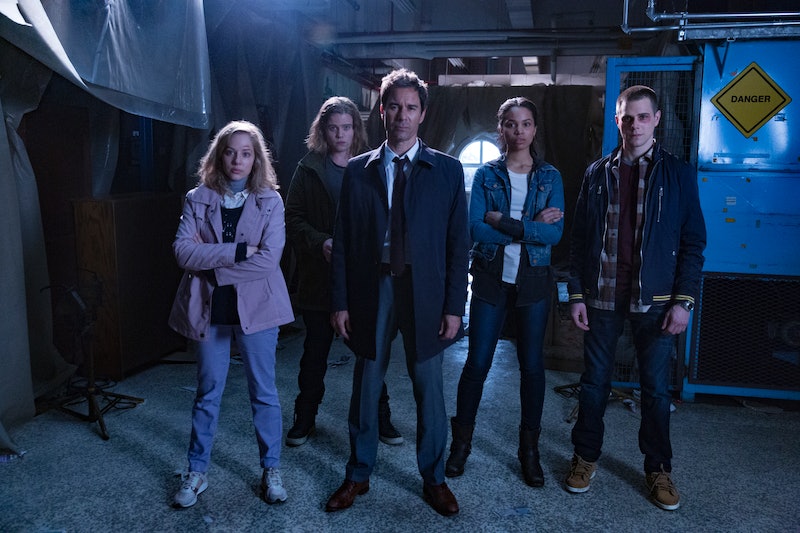 Pending any major time travel- efforts to change the future, Travelers Season 2 is officially on its way. Netflix is doubling down on its investment in the high-concept time-travel series, which premiered in early 2017, and will continue to be the series' international home for its second season. If it follows the pattern of its first season, Travelers Season 2 will premiere and air every week on Canada's Showcase before making its way onto American screens via Netflix towards the end of that season.

Netflix has yet to announce an official return date for the series, which means subscribers will have plenty of time to catch up on the first season. Travelers stuffs a lot of information into its first 12 episodes, so don't fool yourself into thinking you'll be able to go into Season 2 blind and figure it out along the way. What begins as a sneaky, espionage mission soon gives way to rebel factions, protocols, and a whole mess of obstacles thrown in the way of our core group of time-traveling heroes.

The first season of Travelers followed a group of five people from a near-apocalyptic future where humanity is on its last legs, but has managed to develop a way to send themselves back in time. However, to send themselves back in time, they need to take the body of an already-living person (effectively killing them) and pretend to be them as a means of blending in. Balancing saving the world while maintaining the lives of the complex hosts they've downloaded themselves into has lead to a lot of close calls and inconveniences, which will only get more complicated in Season 2.

The first season ends (spoilers ahead) with the Travelers being surrounded and confronted by FBI agents — including the partner of the head Traveler's host body — and one of their own bleeding out on the floor. It would've been a cruel end to the series, so Travelers fans can take a sigh of relief knowing that the show will return to explore the new conflicts that arise as the Travelers strive to honor Protocol 1, "The mission comes first," in the face of new opposition.