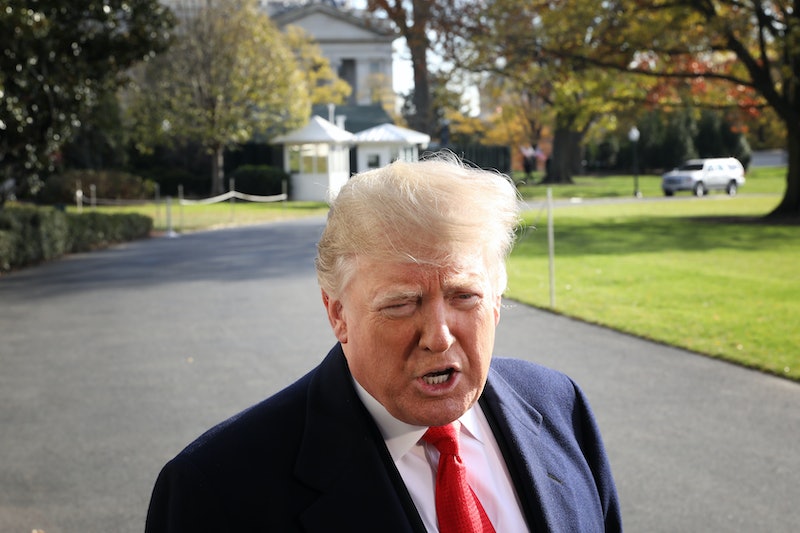 As part of its plans to overhaul the country's immigration system, the Trump administration has proposed changing the H-1B visa program. According to the Trump administration, the new regulations will likely increase the number of H-1B visa holders with master's degrees or other advanced degrees from U.S. institutions, thereby making the selection process one based more on merit than luck.

The Department of Homeland Security's U.S. Citizenship and Immigration Services (USCIS) has proposed reversing the order in which it currently selects who receives an H-1B visa. "This proposed change would increase the chances that beneficiaries with a master's or higher degree from a U.S. institution of higher education would be selected under the H-1B cap and that H-1B visas would be awarded to the most-skilled and highest-paid beneficiaries," USCIS said in a notice of proposed rulemaking.

In fact, the agency estimates its proposed regulation change will boost the number of selected H-1B beneficiaries who hold a master's or other advanced degree from a U.S. institution of higher education by up to 16 percent.

Under the current system, U.S. employers seeking to hire foreign workers must submit a petition for a H-1B visa to the Department of Homeland Security's U.S. Citizenship and Immigration Services (USCIS). While the federal agency caps the annual number of H-1B visas it doles out at 65,000, it allocates another 20,000 H-1B visas specifically for foreigners who hold a master's degree, doctorate, or other advanced degree from a U.S. institution of higher education.

According to the American Immigration Council, demand for H-1B visas is traditionally greater than the supply allocated, especially as technology firms seek to hire talent they say they aren't finding in the United States. In fact, in the last six years, the number of applicants reached the annual H-1B cap just five days after the application process opened.

But under the current system for H-1B visas, the lottery to determine who receives the 20,000 H-1B visas allocated specifically for advanced degree holders is conducted first. It's then followed by the lottery for the remaining 65,000 H-1B visas, which is open to anyone needed to work in a "specialty occupation" who holds at least a bachelor's degree. The proposed rule would switch the order in which the lotteries are conducted in an effort to introduce what USCIS called "a more meritorious selection of beneficiaries."

But according to The San Francisco Chronicle, some have voiced concerns that replacing the current requirement for full applications with an online registration could result in U.S. companies flooding the applicant lottery pool with candidates who may not be legitimately eligible for an H-1B visa.

According to USCIS, the proposed changes to the H-1B system come as a direct response to President Donald Trump's Buy American, Hire American Executive Order. The order instructed the Department of Homeland Security "suggest reforms" that would "ensure that H-1B visas are awarded to the most-skilled or highest-paid petition beneficiaries." It's unclear, however, if USCIS will be able to make the proposed rule official before the application window for 2019 H-1B visas opens in early April.