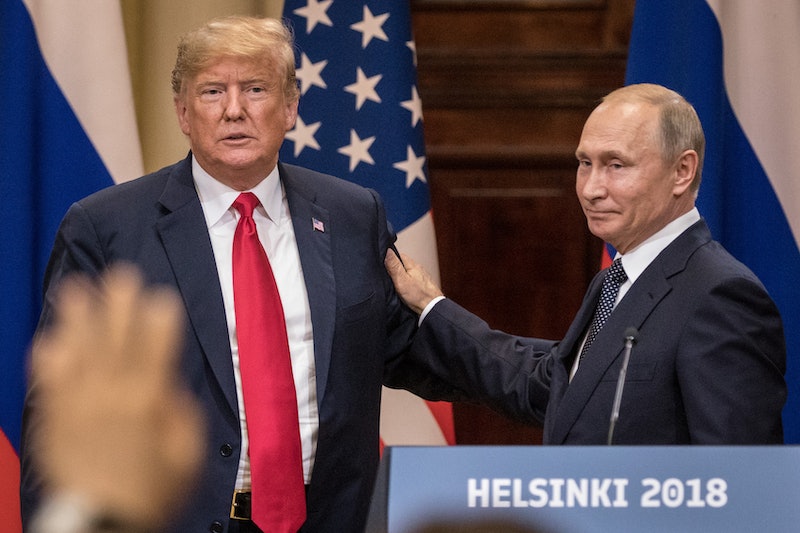 President Donald Trump announced Saturday he was pulling the United States out of the Intermediate-Range Nuclear Forces Treaty, a landmark agreement signed with Russia more than 30 years ago. But Trump's decision to withdraw from its nuclear arms treaty with Russia, could spark unease amongst European allies who warned previous administrations that such a move could result in a renewed nuclear arms race.

President Trump said he did not know why his predecessor, former President Barack Obama, hadn't negotiated or withdrawn the country from the agreement while he was in office, but that he was not going to let Russia "go out and do weapons and we're not allowed to."

According to the State Department, the Intermediate-Range Nuclear Forces Treaty required both Russia and the United States to destroy and cease to possess "ground-launched ballistic and cruise missiles with ranges of between 500 and 5,500 kilometers, their launchers and associated support structures and support equipment" within three years of the treaty's implementation. After years of negotiation, it was signed by former President Ronald Reagan and former USSR President Mikhail Gorbachev in 1987.

Trump isn't the first U.S. president to accuse Russia of violating the treaty's terms. According to NPR, Obama alleged that Russia had tested a ground-launched cruise missile in 2014 and therefore violated the treaty. But Obama ultimately opted not to withdraw the United States from the treaty due to objections and concerns raised by European allies who feared doing so would result in a nuclear arms race similar to the one between the U.S. and the Soviet Union during the Cold War, The New York Times reported.

According to The Washington Post, at least two of the United States' European allies appeared divided over Trump's decision to withdraw from the treaty. While Britain said it stood "absolutely resolute" with Washington, Germany said the decision was "regrettable."

Russia's Deputy Foreign Minister Sergei Ryabkov called Trump's move "a very dangerous step," stressing that the treaty was "significant for international security and security in the sphere of nuclear arms, for the maintenance of strategic stability," he told Russia state news agency Tass, the BBC reported.

In a statement to RIA Novosti, Ryabkov then alleged the United States was behaving "clumsily and crudely." He warned that if the country continued to withdraw from international agreements, Russia "will have no choice but to undertake retaliatory measures, including involving military technology."

"But we would not want to get to this stage," he said, the BBC reported.

And according to the BBC, Gorbachev, the former Soviet president who signed the Intermediate-Range Nuclear Forces Treaty, warned the United States' withdrawal would reverse nuclear disarmament efforts.

National Security Adviser John Bolton is expected to travel to Moscow later this week and will likely discuss the matter with Russian President Vladimir Putin.