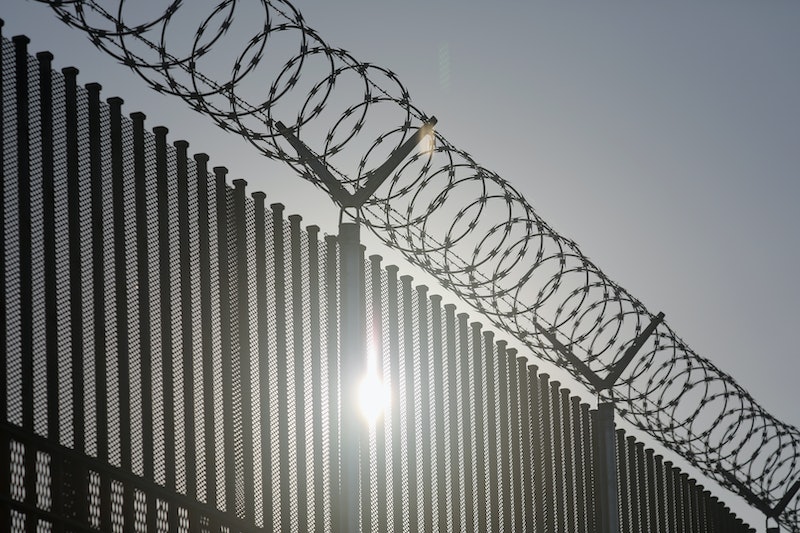 If there's one thing that everyone remembers from Trump's campaign, it's the never-ending refrain that always seemed to get his supporters riled up: "Build the Wall! Build the Wall!" Now that he's in office, however, it's proving to be a bit more difficult than he might have expected. Trump's wall may turn into something else — a fence. Or, as the White House is currently trying to market it to Democrats in Congress, a "double fence."

The White House might need a better marketing campaign, though, because this one doesn't seem to be getting anywhere so far. According to a new report in Politico, White House director of legislative affairs Marc Short has been meeting with members of the Senate Appropriations Committee, trying to drive a bargain under which Democrats would allow funding for the border wall — or, as they're saying now, the border double fence — in exchange for Republicans agreeing to lift certain spending caps.

This would avoid the potential government shutdown facing Congress should both sides refuse to back down on the debate over funding for the wall, or whatever it ends up being. Democrats successfully blocked funding for the wall when the White House was pushing for it back at the beginning of May, and now Politico reports that, once again, the White House is insisting on including it in the government spending bill that will have to pass by September to keep things running. Although Republicans significantly cut back their budget request for the wall, Democrats are still unlikely to budge.

In order for this scheme to work, Republicans would need eight Democrats to be convinced that the "double fence" isn't just the latest iteration of the "big, beautiful wall" that Trump repeatedly promised in his campaign — and that it would actually accomplish something. A new word for the barrier doesn't erase the problems that most Democrats have with it, however. Calling it a double fence doesn't mean that Mexico will pay for it, and a border wall is unlikely to hamper the rampant drug smuggling between the two countries. There is also already almost 700 miles of physical barriers on the southern border, and Trump hasn't proven that his new structure would improve the situation in a meaningful way.

“I do know for a fact that every [Democrat] considers wall funding to be a poison pill,” said Democratic Sen. Tammy Baldwin of Wisconsin, summing up the situation. She added that until Trump's promise that Mexico would pay for it actually materializes, she won't consider agreeing to the White House's terms — a position that many of her Democratic colleagues surely share.

No matter what his supporters may think, the big, beautiful wall is proving to be one of those areas where it's much easier to start a chant on the campaign trail than to bring the chant's promise into real life. Trump himself may want a government shutdown over funding for the wall, but Congressional Republicans surely don't. And if they want that funding in the budget, then the White House is going to have to do a lot better than calling the wall a fence.