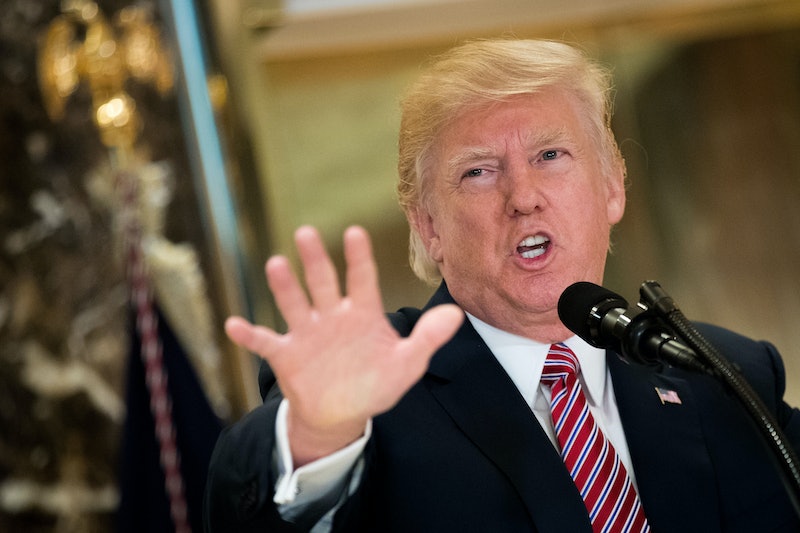 After a problematic week of messaging from President Donald Trump and those in his circle, his personal lawyer forwarded an email that said, among other things, that terrorists infiltrated Black Lives Matter. Trump's lawyer, John Dowd, forwarded the email — which included language praising Confederate General Robert E. Lee and using rhetoric similar to Civil War propaganda — early Wednesday morning to a list of journalists and government officials, The New York Times reported.

The email, according to the Times, was written by Jerome Almon, who runs websites that traffic in conspiracy theories, and alleges that the F.B.I. has also been infiltrated by terrorists. With the subject title "The Information that Validates President Trump on Charlottesville," the email addresses Trump's controversial "both sides" rhetoric and argues that people "cannot be against General Lee and be for General [George] Washington."

The Times reported that Dowd forwarded the email after receiving it Tuesday night. When the publication asked him about it, he reportedly gave a brief explanation before hanging up: "You're sticking your nose in my personal email? People send me things. I forward them."

On the subject of Black Lives Matter, Almon, who himself is black, pushed forward the conspiracy theory that the anti-police brutality activist group "has been totally infiltrated by terrorist groups," criticized protesters, and blamed the group for violence against police in 2016.

In an interview with the Times, Almon (who said he was not a Republican or Trump supporter) said that he'd first gotten into contact with Dowd while offering to provide him with damaging information about former FBI Director James Comey. He told the paper that he was hoping that the email would be forwarded and end up in front of the president.

I was hoping it would get in the hands of President Trump — I quite frankly hope he would review it right now because his presidency is on the line. I don't believe the president is getting the correct advice or proper information. Someone reading what I sent to Dowd will view Robert E. Lee differently.

Though the additional attacks on Black Lives Matter were bizarre and sort of out of left field, the gist of the email was meant to bolster Trump's comments from earlier this week that wondered whether the removal of Confederate monuments was a gateway to remove other historical monuments.

However, the sort of conspiracy-driven, questionable content of the email forwarded by a figure so close to Trump is head-scratching at the very least.