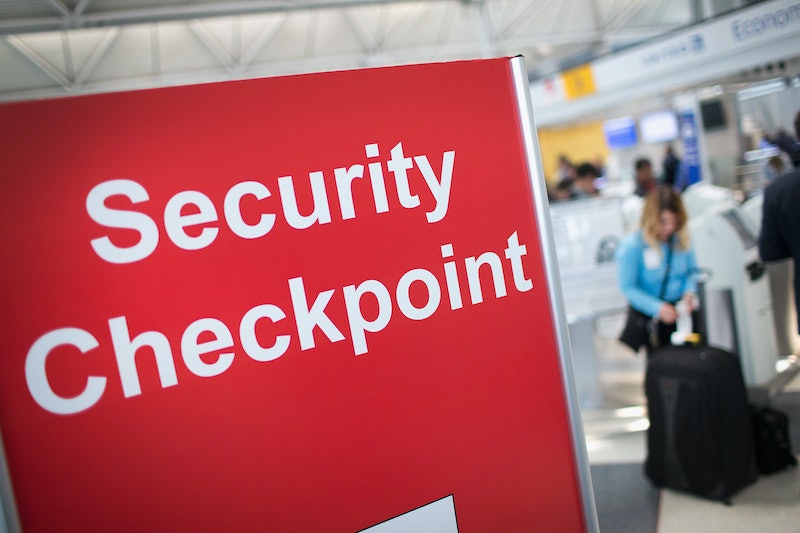 It's been about a month since stories of TSA's book-screening policy took hold when Homeland Security Secretary John Kelly stated that the administration would "likely" roll it out nationwide. Now, officials have announced that the TSA won't examine books separately anymore, following massive outcry from readers, academics, and privacy experts. This is good news for anyone who flies the friendly skies.

Transportation Security Administration officials won't ask passengers to remove their books for separate examination anywhere in the U.S., unless those books arouse suspicion upon scanning. The roll out has been cancelled, the policy reportedly terminated in all of the airports selected to test it.

The TSA's book-screening policy met with staunch resistance when it was first implemented earlier this year. Experts were concerned that forcing passengers to reveal sensitive reading materials, such as books on sexual dysfunction or trauma, would violate their rights to privacy and subject them to harassment. Academics worried that those whose research required them to examine texts that others may find offensive, which could mean anything from ISIS poetry to The Communist Manifesto, might be pulled for further searches, or even denied the right to fly, simply because of what they were reading at the time. And, as I pointed out in my previous article, it's not difficult to imagine that a visibly Muslim person might have their rights infringed upon after a copy of the Quran or a book on a majority-Muslim country is found in their possession.

More like this
Iran Has Issued A Death Sentence Over Mahsa Amini Protests
By Catharina Cheung, Darshita Goyal and Maxine Harrison
Read Dan Levy's Heartbreaking Message After The Club Q Shooting
By Stephanie Topacio Long
'Bridgerton' S3 Teases Exciting Social Season For Penelope Featherington
By Bustle
The 'Lady Chatterley's Lover' Book Leaves Us With A Troubling Question
By Catharina Cheung
Get Even More From Bustle — Sign Up For The Newsletter