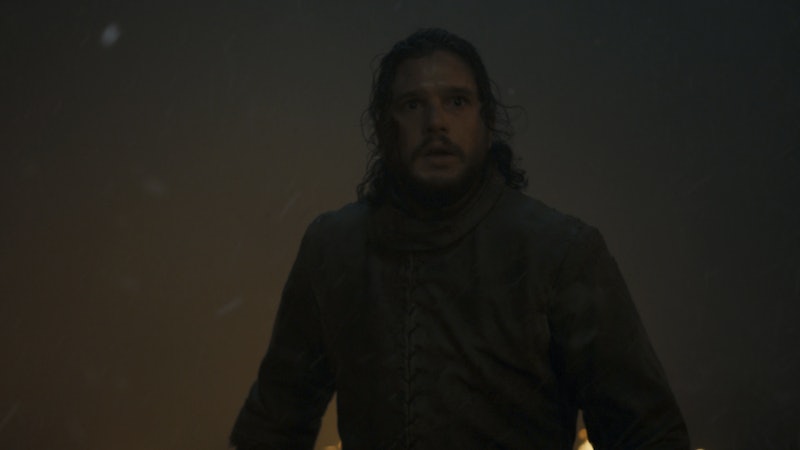 The HBO fantasy saga is known for featuring dimly-lit sequences and dark, hard-to-see battles, but the Battle of Winterfell — the most highly anticipated fight sequence in the show's final season — was so difficult to see that fans took to social media to complain that they couldn't even keep track of who lived and who died, or even who was part of the Army of the Living or the Army of the Dead. In fact, Business Insider even published an article on Saturday, April 27, instructing viewers on how to optimize their televisions in order to be able to see every detail of the battle, because torches and candlelight do not make for optimal viewing.

Of course, if you didn't think to fix the brightness on your screen before the battle kicked off, and you were left squinting at the hard-to-understand action scenes, at least you weren't alone:

The show's poor lighting is nothing new for fans who have been watching the show for years; when the Season 8 trailer was first released back in March, one Reddit user even made a lightened version of the clip for fans who were having trouble seeing the details that were included in the show's first look. The "Lord of the Light" trailer, as the fan called it, was designed to let fans see more of the hints and clues that were packed into the short video, but also allowed fans to finally be able to see what was happening on the show without having to squint.

Part of the reason for the Battle of Winterfell's darkness is that the entire fight was shot at nighttime, as British Vogue reported back in February that the cast filmed for 55 consecutive nights, before moving indoors to film another week's worth of footage on a set. "All the training in the world couldn’t have prepared me for the amount of stamina you needed for these night shoots," Maisie Williams explained to the magazine. "It gets to the point where it’s four o’clock in the morning and you’re looking around like, 'This is ridiculous. What are we doing?'"

According to Entertainment Weekly, the Battle of Winterfell was "the longest consecutive battle sequence ever committed to film," and featured 750 crew members in order to film everything. And according to the outlet, things didn't get easier to shoot — or to see! — when production moved inside, as the hangar where the cast filmed was filled with smoke created by "a combination of paraffin and fish oil heated by a machine." Clearly, it was more important to the show's creators and directors to create a properly exciting atmosphere than to worry about how clearly fans would be able to see the fighting onscreen.

On the plus side, the promo for the next episode of Season 8 teases a return to King's Landing, which should make for a (literally) sunnier change of pace. Here's hoping things will stay on the bright side now that the Battle of Winterfell is over.