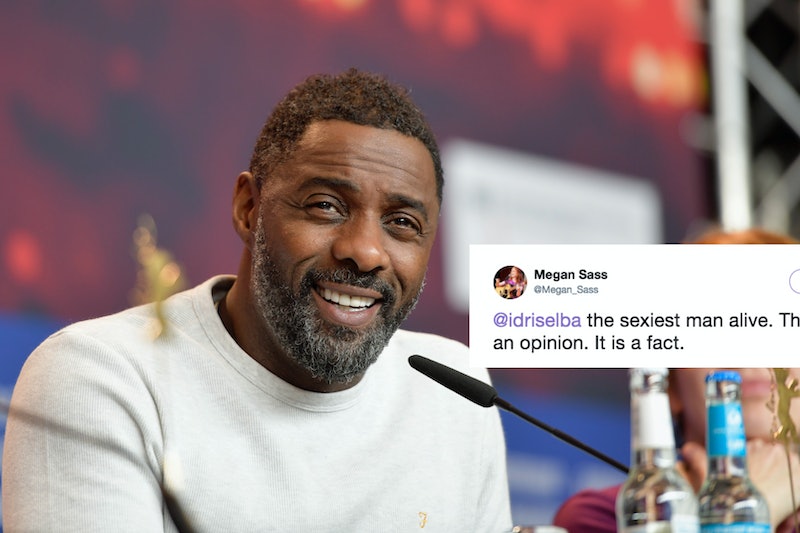 The exciting news as announced on The Tonight Show Starring Jimmy Fallon, in which the official cover was debuted. Host Jimmy Fallon also saw fit to put Elba's sexiness to the test, as he asked him to do his best smolder and sweet looks (which he aced, of course). Naturally, the actor also discussed the honor in the latest issue of People, where he spoke about what it felt like to receive the special title. He said,

"I was like, ‘Come on, no way. Really?' Looked in the mirror, I checked myself out. I was like, ‘Yeah, you are kind of sexy today.’ But to be honest, it was just a nice feeling. It was a nice surprise — an ego boost for sure.”

But what does everyone else have to say about the reigning Sexiest Man Alive? Well, as always, Twitter had some thoughts.

As one Twitter user said, everyone is pretty much in agreement that Elba was the best choice for People's Sexiest Man Alive. So, at least everyone can agree on one thing.

Bringing It Back To The Office

Another person posted a certain GIF from Elba's time on The Office (in which he played Charles Miner) to joke about what the actor's possible reaction to this latest honor. His character can be seen saying, "I am aware of the effect I have on women." Yep, A+ GIF usage here.

Many joked that people have long known that Elba has deserved the Sexiest Man Alive title and that People is just playing a bit of catch-up.

If the response to the Elba pick on Twitter is any indication, there are many that are probably dying to get their hands on a copy of People right about now.

Another user joked about how Elba's win this year (after Blake Shelton won the title last year, which Twitter wasn't exactly feeling) actually gives them hope for things turning out well for Election Day, too.

One user said that it's a "fact" that Elba is the Sexiest Man Alive, and honestly, there are no lies detected there.

Yep, everyone's known for a long time now that Elba was definitely deserving of his title.

Just to be clear, everyone can agree on this choice, because come on, it's Idris Elba.

No Room For Wrong Opinions

Not Mad About It, At All

So many were so happy to see Elba nab the Sexiest Man Alive title, since he more than fits the bill.

It's obvious that Twitter was thrilled to see one of their faves win People's Sexiest Man Alive title. Considering that this is Elba everyone's talking about here, can you even blame them for their excitement?