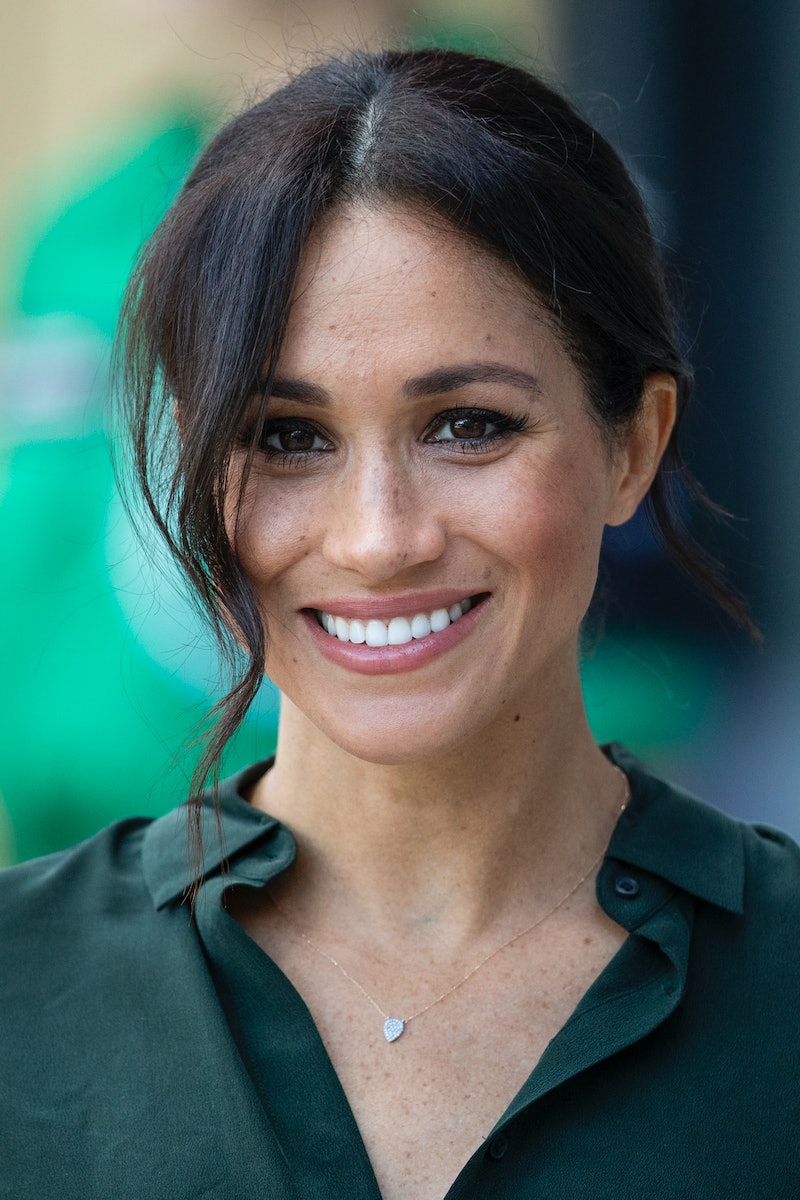 After Princess Eugenie's wedding last week, it's been an exciting time for fans of the royal family, and now, there's another reason to celebrate. On Monday morning, Kensington Palace announced that Meghan Markle is pregnant with her first child with Prince Harry. And not only are they and their family over the moon about the news, but so are their fans. There have already been so many tweets about Markle's pregnancy, and it's pretty clear that the news serves as a reminder that there are, indeed, still good things in this world.

The palace broke the news on Twitter, letting followers know that Markle and Harry are expecting their baby this spring. They didn't offer up many details, but at this point, it's exciting enough knowing that a new royal baby will be joining the family soon.

"Their Royal Highnesses The Duke and Duchess of Sussex are very pleased to announce that The Duchess of Sussex is expecting a baby in the Spring of 2019," the tweets said. "Their Royal Highnesses have appreciated all of the support they have received from people around the world since their wedding in May and are delighted to be able to share this happy news with the public."

Immediately, people took to the social network to share their feelings, and so far, those feelings are overwhelmingly positive. Kate Middleton may have given birth to Prince Louis earlier this year, but judging by the reactions, you'd think fans have been waiting forever for a new royal baby. To be fair, it is Markle and Harry's first — and that's a big deal for so many reasons.

While others pointed out what a big deal this is — not only is Markle a woman of color, but she's also an American.

This tweet pointed out the most obvious news of all, which is how gorgeous this baby is going to be. Harry's red hair may be a recessive trait, but whether this baby looks more like their mom or their dad, they're bound to be beautiful.

Of course, there were also plenty of jokes about how this news might be stealing the newly married Eugenie's thunder just a bit, considering reports that Markle and Harry told their extended family that they're expecting at her wedding. It seems doubtful that they'd do that if Eugenie wasn't OK with it (if that's when they told everyone, which has yet to be confirmed), but the Friends reference is perfect.

Others are already speculating what the baby name might be... and how Diana, in memory of Harry's mom, might be a good choice:

And this tweet couldn't help but point out how efficient Markle and Harry have been over the last two years.

Congratulations to the parents-to-be. Now that both royal weddings of the year are over, fans can look forward to more baby news, which hopefully Markle and Harry will share soon.