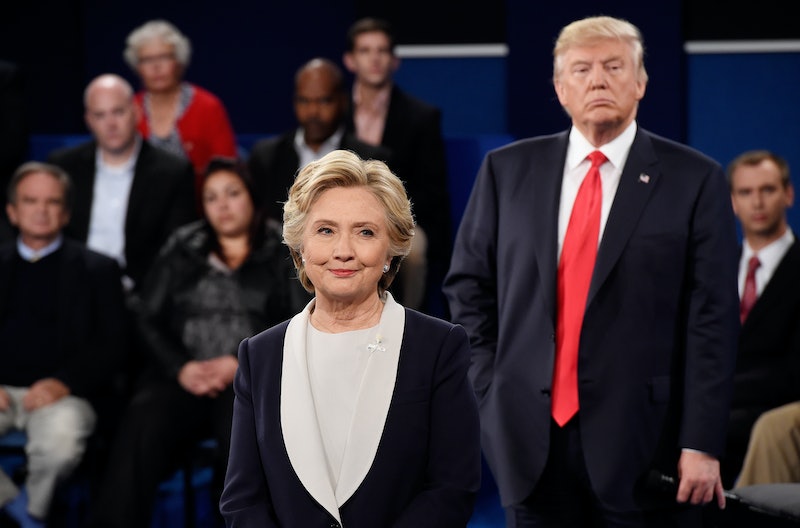 At the end of the Academy Awards — when it was announced that La La Land had mistakenly received the award for Best Picture and that the real winner was actually Moonlight — Twitter users immediately started making comparisons between the Oscars and the presidential election. Some users wondered whether someone would walk out on stage to say that Hillary Clinton had won the 2016 election after all, while others jokingly accused Russian President Vladimir Putin of interfering in the results of the Oscars.

The jokes continued with tweets of "fake news!" in regards to La La Land's initial victory, comparisons to the Super Bowl and the Miss Universe pageant where Steve Harvey read the wrong name, and some sly references to emails. Some people also wondered whether Beyoncé had really lost the best album award to Adele at the Grammys, and compared La La Land to Trump's administration. It would seem at this point that the majority of the Twitterverse wishes that the elections had gone something like the Oscars did.

PricewaterhouseCoopers, the accounting firm that tallies the Oscars ballots, apologized for the mistake in the Best Picture announcement and has promised to conduct an investigation. Nonetheless, the comparisons between the Oscars and the elections are not likely to stop any time soon.

First, we had people only half-jokingly waiting for the "real" 2016 presidential election results and speculating whether Clinton had renewed hope after the Oscars:

Then, there were the not-so-subtle allusions to Donald Trump's administration, ranging from "fake news" references to outright criticisms:

We also inevitably got some tweets claiming that Putin had interfered with the Oscars, because apparently the Russian president cares as much about Hollywood awards shows as he does about American politics:

Of course, there were also some tweets of a mildly conspiracy theory nature that discussed the election, the Oscars, and the Super Bowl and concluded that something was seriously amiss.

There were some unique tweets in the mix, too. Maybe Warren Beatty wrote a last-minute letter to the Academy that came close to influencing the results?

The election, unfortunately, did not turn out quite as well as the Oscars Best Picture debacle did.

In the midst of all this drama, someone pulled up a tweet from 2014 in which Trump seems to have been virtually yelling at his TV — and received an equally biting response:

As Moonlight celebrates its history-making night — which included Mahershala Ali becoming the first Muslim to win an Oscar — some people on Twitter still have their eyes trained on last November. If ever there was a time for someone to walk out onto a metaphorical stage and say that the election results were a mistake, now would probably be the time — at least according to Twitter.