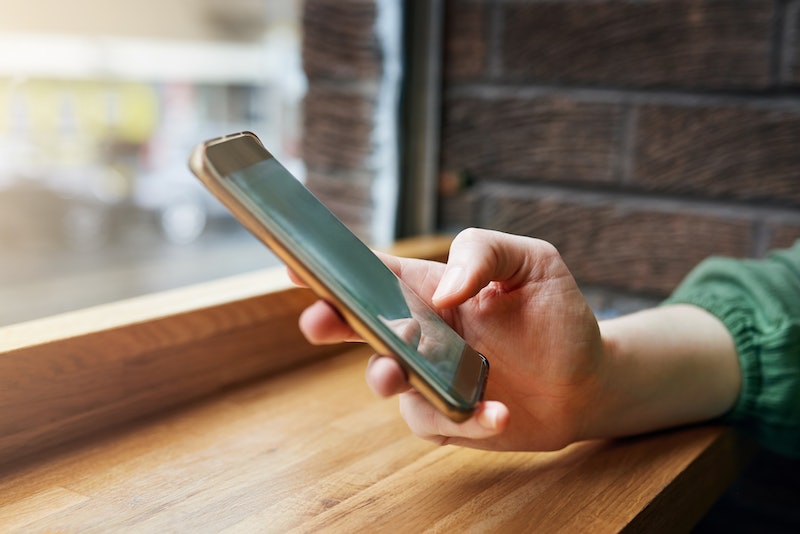 On Jan. 8 during a CES event in Las Vegas, Suzanne Xie, Twitter's director of product management, shared a new update that'll likely change the way people interact with Tweets. Early this year, Twitter will test out a new Replies setting that will let users decide who can reply to what they post. While there have been mixed feelings about the upcoming feature, the company hopes it'll help make people feel safer. Particularly, it could curb online harassment in the Replies section by giving users more of a say over how they use the platform.

The update will come in the form of a new Twitter replies setting that allows users to select "conversation participants" for their Tweets right in their compose screen, BuzzFeed reports. For the participants, you have four options: "Global," "Group," "Panel," or "Statement." The Global option lets you stick to the status quo and allow anyone to reply to your Tweets. The Group setting, on the other hand, only lets people you follow or mention reply to your Tweets. "Panel" narrows it down even further, limiting replies to solely the users that you mention in your Tweet. Lastly, the "Statement" setting makes it so that no one can reply.

Part of the reasoning behind the update has to do with its ability to limit hateful or potentially abusive conversations. In a statement, Twitter said,

"As part of our work to help people feel safe participating in the conversation on Twitter, we want to give them more control over the conversations they start. For example, who can reply to their Tweets. We will be experimenting with this in early 2020."

Xie explained that during these experiments, the company hopes to do research on the feature and what types of results or potential problems it produces. Still, while it could certainly reduce abusive language, some people in the audience at CES asked if Twitter was worried the feature could also perpetuate misinformation, according to The Verge.

One of the concerns is that the new settings options will potentially disable users from challenging misleading or false information posted by people who don't let the public reply. In response, Xie said that users would still have the ability to interact with these Tweets, just by quote Tweeting them instead of replying. But she also mentioned that Twitter would watch this closely as it runs experiments to see if the feature helps clean up conversations on the platform.

“Twitter’s purpose is to serve public conversation,” Head of product Kayvon Beykpour said at the CES show. The social media platform is trying to serve this purpose through the introduction of another feature, this one allowing users to see the entirety of a conversation on one screen. The feature includes lines on the screen that help guide viewers through replies, highlighting different authors. In addition to the new replies settings, this update will reportedly be part of the beta app coming to Twitter in upcoming months.