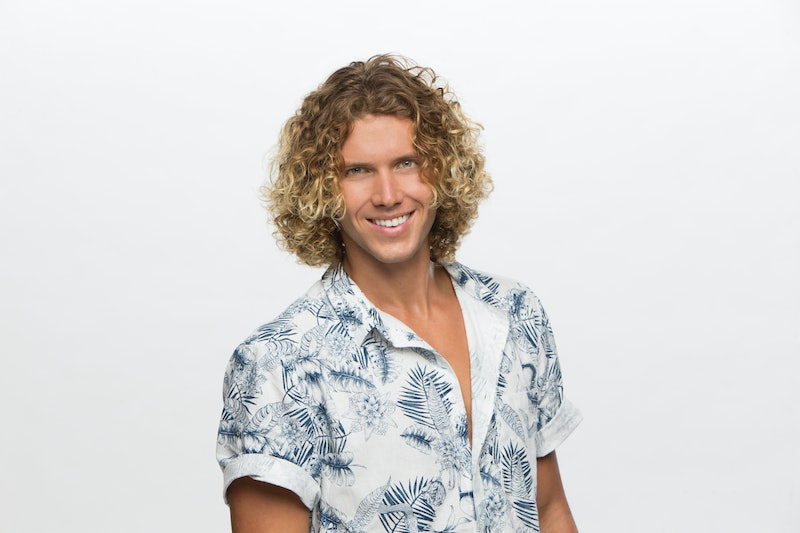 It's been a wild two-day premiere for Big Brother fans, and the competition is just getting started. While Wednesday brought Sam the Robot into existence, Thursday introduced audiences to Sam the Betrayed. What's more, Tyler won the first HOH competition, and he made a few enemies along the way. Tyler betrayed Sam on Big Brother 20 in a sad turn of events, and Sam's fans are not happy.

This episode's competition was called “Micro-chip Mayhem" and required contestants to run across a narrow beam, grab "deletion dots" one at a time, and bring them back across to put into tubes. Sam (in her human form) was the first one out because the other contestants put their deletion dots in her tube. She was followed swiftly by Steve (the former undercover cop), who had a hard time balancing.

Tyler ended up winning the Head of Household from this competition, which gave him the ability to nominate two people who would be up for eviction. “I’m just so stoked right now,” he said in peak beach-bro form after winning. However, he later said in his video diary that he didn't even want to be HOH and kept asking other people (namely Bayleigh, Swaggy C, Rockstar, and Kaitlyn) who they thought he should choose.

This begs the question: Is Tyler just playing dumb, or is he being honest when he says he doesn't know that much about Big Brother? After all, he said in Wednesday's premiere that his weakness was his brain. And although the South Carolina-located lifeguard claimed that he didn't know the game very well, things are going swimmingly for him. However, in his Big Brother bio on the CBS website, Tyler said he has a hard time appearing authentic. "When I'm lying, people think I'm telling the truth, but when I'm telling the truth, people think I'm lying," he said. Is that a red flag?

But regardless of if Tyler has a real strategy or not, picking off the weak ones first is not a great way to go. For one, Sam is too sweet to be a real threat, and Steve, although he's an undercover cop, is not fitting in too well with the youths.

Sam is an early fan favorite because of her unassuming charm. In addition to having an adorable, Appalachian accent, the welder from Virginia appears very genuine and gets hurt when she's manipulated. So when Sam the Droid met with Tyler one-on-one, she started crying and said she felt targeted by the other contestants. The lifeguard spoke nicely to her, promising Sam that no one was out to get her, although they definitely were!

Even so, Tyler genuinely seemed to change his mind about eliminating Sam during the course of their conversation. He even gave her an awkward robot hug, which delighted fans. “I never thought I’d be on the verge of tears talking to a robot," he said later in his video diary. It would have been incredibly sweet if he hadn't turned around and stabbed her in the battery.

Kaitlyn and Rockstar tried to convince him to eliminate Angela (the fitness model) and Winston (the medical sales rep.) because they were the bigger threats. All the same, Tyler decided to go the easy route and nominate the two weakest competitors for eviction: Sam and Steve. This was the most brutal part of the episode. Viewers could see Sam's robot face fall, and it was obvious she was devastated. Hadn't she and Tyler just had a genuine connection? Had he not put his arms around her robot body in solidarity?

And although audiences could tell that Tyler felt bad about it, it didn't make any difference. This is Big Brother, after all, and these things are bound to happen. What's more, Sam is likely too sweet for such a cut-throat competition. But fans can't help but hope she'll stick around a while longer. At the end of the day, no else is going to say things like, "I'm sweatin' like a nun in a cucumber patch!"