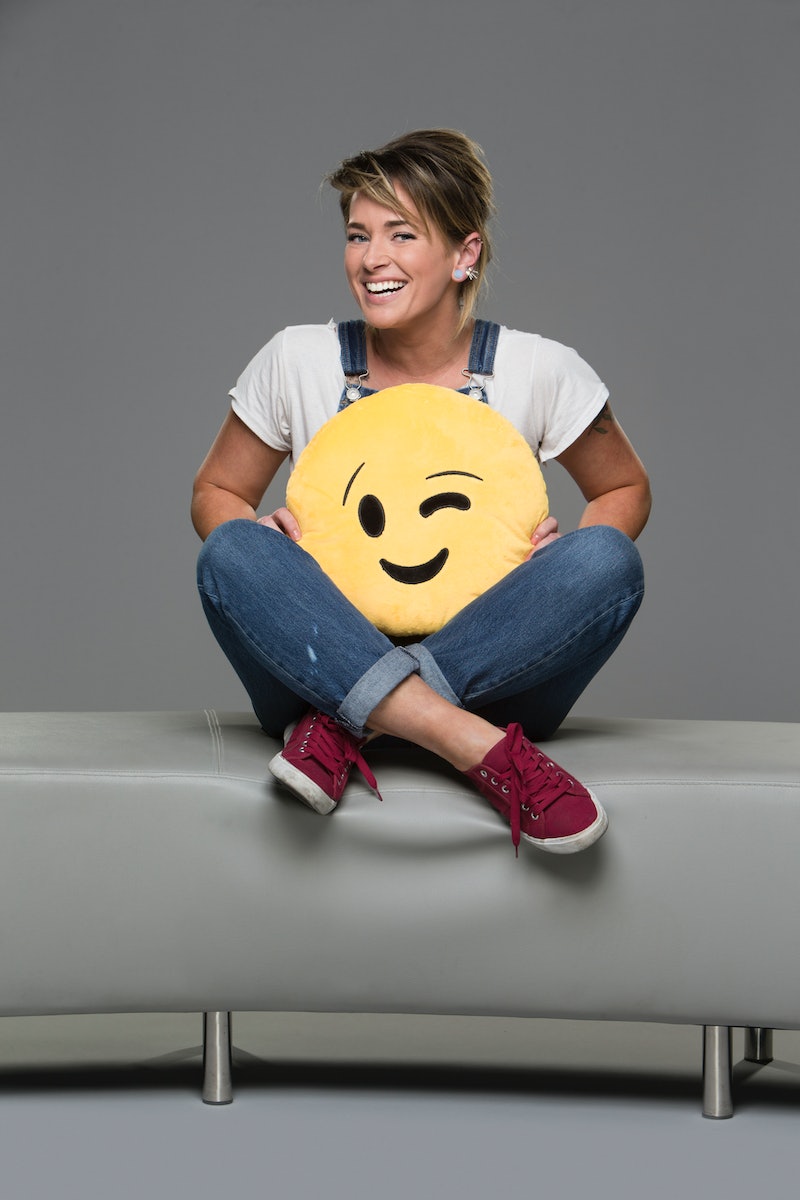 Big Brother is on its 20th season, and after that much time it's fair to assume that some of their ideas are going to get stale or simply not work. However, Sam's robot punishment in the Big Brother 20 premiere proves that the show is keeping things creative with the houseguests' punishments. After all this time, Big Brother is still creating hilarious moments and making for some compelling gameplay obstacles.

For every twist and punishment that has gone on to become a Big Brother mainstay, like the Power of Veto or Have-Nots, there are simply some twists that aren't up to snuff, like the short-lived Battle of the Block or BB15's MVP twist. However, the final moments of the Big Brother premiere revealed that one of the losers of the show's first major competition was getting a punishment unlike any other. While another one of the episode's losers — Kaycee — was placed in a silly costume for the week, a typical BB punishment, Sam was turned into a robot.

OK, Sam wasn't actually turned into a robot, but for a few moments it seemed as though Sam would have to spend the rest of the summer controlling a rigid machine that communicates through a screen with an image reminiscent of Nick Jr.'s Face plastered onto it. While the punishment seems like a high-tech goof at first, the robot twist may go down as one of the greatest ideas in Big Brother history, and it indicates that this season is putting a renewed focus on two aspects of the show: social gameplay and a sense of fun.

Big Brother has always featured hilarious moments, sometimes intentionally so and other times from the houseguests taking themselves a little too seriously. However, the robot twist shows that the producers are not only willing to capitalize on creating humor for the audience, but also introducing some elements of fun into the household. It's pretty early in the season, but there may be no funnier moment in BB20 than someone asking Robo-Sam how she's doing, and her smiling robot face replying in Sam's friendly Virginia accent that she's "a f*cking robot."

While the twist is hilarious right off the bat, after further consideration, it's also a brilliant hindrance to Sam's social gameplay. While winning physical competitions is important to making it through a summer of Big Brother, there may be no more important element of the game than social gameplay — getting to know other houseguests and wringing support and allegiance out of them. Turning Sam into a slow-moving robot for part of a week is going to make it extremely hard for her to start forming alliances and making moves. Sam could find herself being the only person without an alliance due to the fact that she is simply unable to socialize in the same way the rest of the non-robot house is.

This ingenuity is matched by Kaycee's punishment. What appears to be just a silly costume at first is actually a device that can prevent her from leaving whatever room she's currently in should the wheel on her torso start spinning. This could mean keeping her isolated from the rest of the house for hours at a time, or keeping her in a confrontation that she'd like to leave. The show's two newest punishments prove that despite being on their 20th season, the minds behind Big Brother are finding new and creative ways to punish their houseguests.

While it's too early to tell if the show can top the Robot twist, Robo-Sam will likely go down as one of the most hilarious and surreal punishments that the show has ever bestowed and a new high mark for how much playfulness the show can inject into a sometimes brutal game.