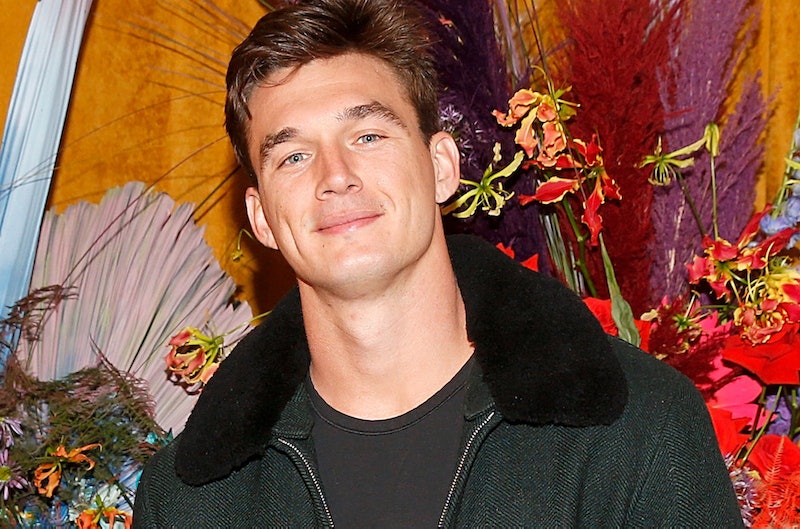 Everything else might be on hold, but romance does not stop in quarantine. The proof: Bachelorette alum Tyler Cameron and model Jilissa Ann Zoltko are sparking dating rumors after being spotted out and about in Florida. Per snapshots first shared by Just Jared, Cameron and Zoltko were photographed together over the weekend while out for lunch in the sunshine state. And a source has now maintained that the two are actually in the early stages of their courtship. Bustle has reached out to Tyler and Jilissa’s reps for comment, but did not receive an immediate response.

“Tyler and Jilissa recently started talking over Instagram after following each other,” a source told Us Weekly on July 1. “[Jilissa] decided to go to Jupiter, Florida to meet him in person, which he, of course, welcomed.” The source added that the two have been “hanging out casually around the area and at his house,” and that it’s “too soon to tell if it’ll develop” into a serious relationship. “They’re just getting to know each other,” the source said. “Tyler likes meeting new people.”

As for how the two could have met, it could have been through mutual friends, as Jilissa follows Tyler’s good friend Kate Dooley on Instagram, per the publication. According to her Instagram bio, the model is also a law student. (Us Weekly reported that she attends the University of Miami.)

The blossoming romance comes after Tyler and fellow Bachelorette alum Hannah Brown sparked romance rumors in March. Tyler had been spotted picking up Hannah from the Palm Beach International Airport in Florida, and the two quarantined together with other friends (such as Matt James, Tyler’s best friend and Bachelor Nation’s first Black Bachelor) at his home. However, Hannah squashed all romance rumors in an Instagram Live in April and confirmed that she was single.

“If you would have asked me a few years ago, I would have been like, ‘Oh, for sure by 25, I’m married,’ and possibly thinking about kids [or] trying to get pregnant right now probably,” Hannah said on Live. “A lot of my friends have babies and they are the best moms, but I couldn’t imagine it. I’m not ready for that just yet. I mean, I could be — if something happened, I could be. But I’m still trying to figure out my life.” She added, “Also, you have to have a significant other for that, and I don’t, so.”

Romance rumors or not, it appears the two are on good terms. Perhaps Jilissa will be the latest to join the ranks of Tyler and Hannah's now-defunct quarantine crew.