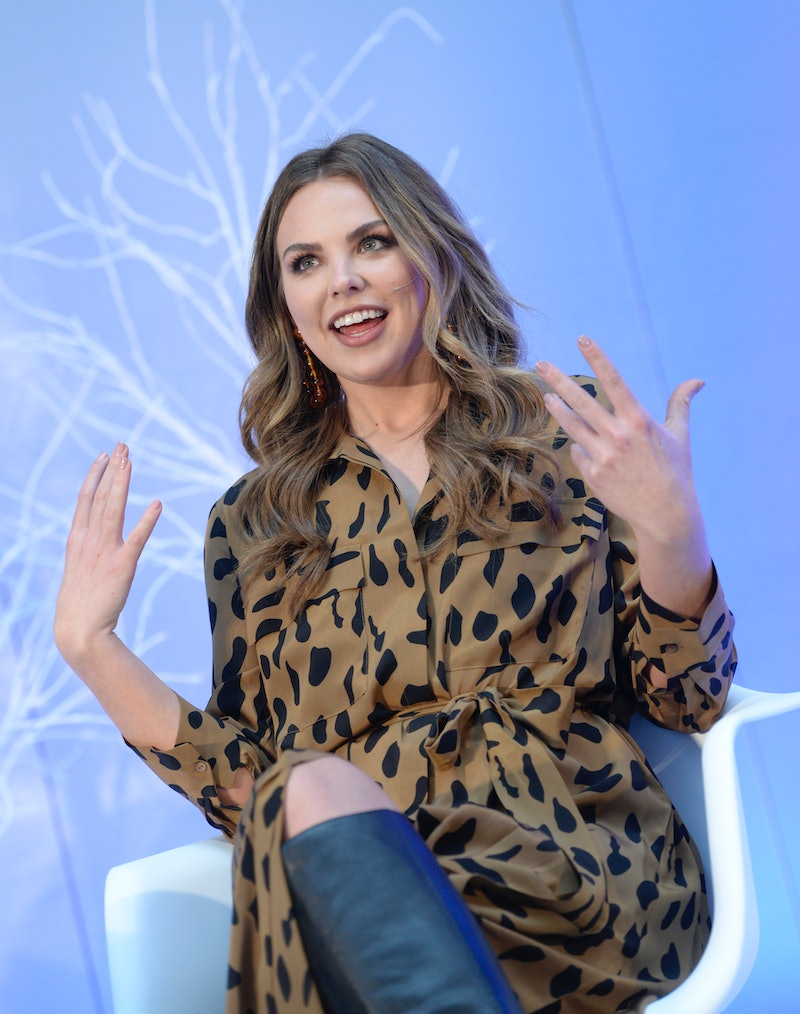 Well, well, well. Look who decided to indirectly comment on those Tyler Cameron dating rumors. According to E! News, Hannah Brown confirmed she's single without even mentioning Tyler's name during an Instagram Live on April 14. After a fan asked the former Bachelorette star how many kids she wants to have, Hannah didn't hold back and even dropped her relationship status in the process.

Hannah and Tyler, who first met during her season of The Bachelorette, have been dodging dating questions for about a month now. People reported the two reunited on March 14 after Hannah flew to Florida to spend time with Tyler just days after attending a memorial service for his mother who died of a brain aneurysm on Feb. 29. Hannah flew home after the memorial, but then returned to visit Tyler just at the beginning of the coronavirus pandemic hitting the U.S. The two even self-quarantined together from March 14 through April 1, when Hannah officially returned home to Alabama.

During their time quarantining with a few of Tyler's friends, aka the "Quarantine Crew," the two sparked romance rumors. The multiple TikToks they created also added fuel to the fire. And, while Tyler has hinted that the two are not together, Hannah has remained pretty quiet on the subject — until now. During her Instagram Live, after revealing she wants kids, but not anytime soon, Hannah noted, "Also, you have to have a significant other for that, and I don't." And there you have it.

All that said, in late March, Tyler playfully addressed the dating reports. During a virtual group workout with friend Jacob Laham, a fan asked if Tyler and Hannah were together. He replied, "Me and Brown Bear are dating, yes, I confirm." Though, as Tyler once revealed on Twitter, "Brown Bear" is Laham's nickname. Even though Hannah has made it clear she's not currently seeing anyone, that doesn't mean she won't ever rekindle her romance with Tyler sometime in the future.