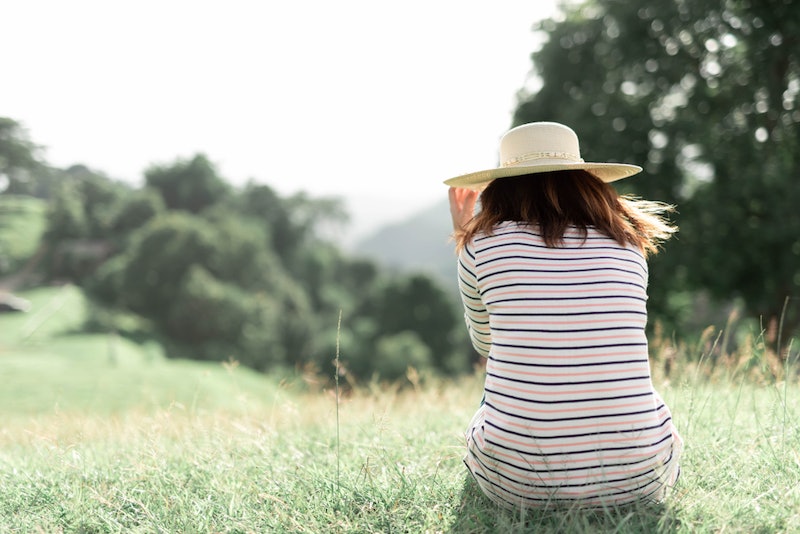 Taveesuk/Shutterstock
By JR Thorpe
May 18, 2019

If you grew up in the Northeast, you probably knew at least one person who had Lyme disease. Typically treated with a course of antibiotics, the tick-borne illness most often causes a tell-tale red rash and flu-like symptoms. But different types of lyme disease can manifest very differently for different people. If you know more than one person who's had Lyme, you may be surprised by how different their experiences were.

Scientists are still researching what lies behind these differences However, there are some things we do know about what causes Lyme to be so different in individual cases, and a lot of it has to do with the stage at which symptoms are diagnosed — a huge issue for many in the Lyme community, since Lyme is commonly misdiagnosed.

Early-stage Lyme develops between three and 30 days after being bitten, and this is the time when the distinctive bulls-eye rash known as the erythema migrans can show up on your skin at the site of the tick bite. This is the period when a lot of people first get Lyme diagnosis and have antibiotic treatment, and symptoms for early-stage Lyme include fatigue, pain in muscles and joints, fever, chills and stiffness.

If Lyme isn't treated for up to four months from the original bite, it can become early disseminated Lyme disease, and symptoms begin to change.

"In 60% of untreated cases of Lyme disease, people will get symptoms that resemble arthritis, such as joint pain and inflammation (swelling) of the joints," explains the Health Service Executive. Meningitis, heart issues and memory problems can also develop at this stage. The reason these symptoms are different is because the Lyme bacteria haven't been treated with antibiotics, and have spread around the body.

Early disseminated Lyme is also when some less common symptoms can appear in some people but not others. The Mayo Clinic explains that at this stage, some people might experience eye inflammation, hepatitis, and severe fatigue, but others won't. It's not clear why this is, but Lyme is what's known as a multi-system infection, where the bacteria can enter lots of different areas of the body at once, and the symptoms depend on where the bacteria end up.

After four months without treatment, Lyme disease can become what's called late-stage Lyme, which may involve symptoms like arthritis, neurological functioning issues such as confusion, dizziness, or brain fog, or numbness in the extremities, the American Lyme Disease Foundation notes. Lyme disease that's caught later is more difficult to treat than Lyme that's caught right away, though there's still potential to treat it.

What's most puzzling about Lyme disease, for patients and researchers, is that Lyme disease symptoms can still persist even after it's treated, sometimes for months. This is called Post-Lyme Disease Treatment Syndrome (PTLDS), and it can affect around 10 to 20% of Lyme patients. Some scientists believe that it's a matter of Lyme bacteria persisting in the system long after they were supposed to be killed by antibiotics, but others aren't so sure. (PTLDS and late-stage Lyme are both sometimes conflated with the term "chronic Lyme," which the CDC advises against using because there isn't a medical consensus on what "chronic Lyme" looks like.)

PTLDS is a challenging diagnosis. A study by Johns Hopkins in 2018 found that people who showed symptoms of it demonstrated no signs of bacterial infection with Lyme in any of the available tests. It also appears that people with post-Lyme disease syndrome are far more likely to be female than male, according to studies in 2009 and 2015 — but, again, scientists are not sure why that is.

Right now, scientists are working on refining Lyme disease tests to be able to give earlier, more refined diagnoses and help people get treatment as soon as possible. However, there's no guaranteed single set of symptoms for Lyme — so if two or more of your friends or family have a Lyme diagnosis, their experiences are likely going to be different, and completely valid.