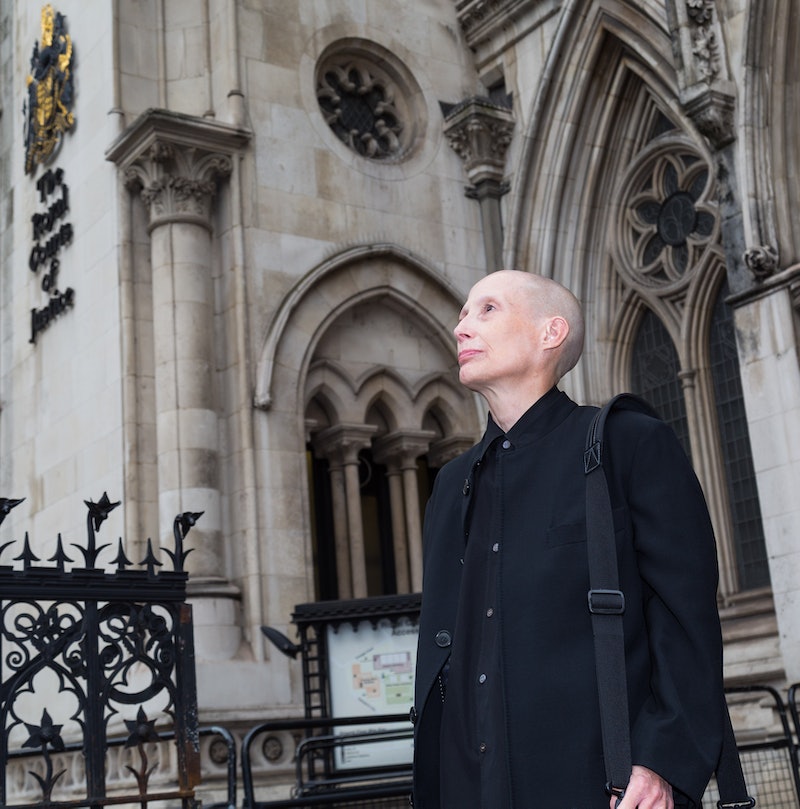 The UK's Court of Appeal has ruled against a gender-neutral passport, setting the tone for future applications. Non-gendered activist Christie Elan-Cane – who uses the neutral pronoun 'per' – has been fighting for a third gender option on British passports for 25 years.

The appeal, which was also contested by the Home Office, would have allowed non-gendered and non-binary people to have the option of putting “X” for their gender on British passports. There are currently 10 countries that allow for gender-neutral documentation: Australia, Canada, Denmark, Germany, Malta, New Zealand, Pakistan, India, Ireland, and Nepal.

Following the judgement, Elan-Cane said in a statement: “It is bad news for everyone who cannot obtain a passport without the requirement imposed by the UK government that they should collude in their own social invisibility.” The activist has previously described the process of bringing the case through the courts as "inherently discriminatory", asserting that “legitimate identity is a fundamental human right."

During the Court of Appeal hearing, in December 2019, three judges were told that as it stood, the policy on gender-neutral passports is in breach of human rights and ‘unlawful’. Elan-Cane's representative, Kate Gallafent QC, said: “This is an important case in the anxious context of the proper understanding and respect for the intimate, human rights of the affected class – persons whose gender identity is neither, or neither exclusively, male nor female.”

Editor, writer and model Jamie Windust, who also started a petition for gender-neutral passports last February, commented on Twitter: “Incredibly disappointed by this decision today, more for the fact that it's a minute change that has the ability to make things more accessible for those who want to use X, but apparently, that's too much, or too costly. Deeply disappointed.”

Elan-Cane plans to continue the fight, however, undeterred. “'X' PASSPORTS," per said, addressing Twitter, "I regret to inform that the Appeal Court has ruled in the UK government's favour in a judgment handed down this morning. We intend to seek permission for the case to be heard at the Supreme Court.”

More like this
Gen Z Are Twice As Likely To Identify As Queer, According To New Data
By Sam Ramsden
This Is When Netflix Is Going To Start Charging You For Sharing Passwords
By Darshita Goyal
Watch Jacinda Arden’s Devastatingly Honest Resignation Speech
By Sam Ramsden
What The UK Blocking Scotland’s Gender Recognition Bill Means
By Sam Ramsden
Get The Very Best Of Bustle/UK
Sign up for Bustle UK's twice-weekly newsletter, featuring the latest must-watch TV, moving personal stories, and expert advice on the hottest viral buys.