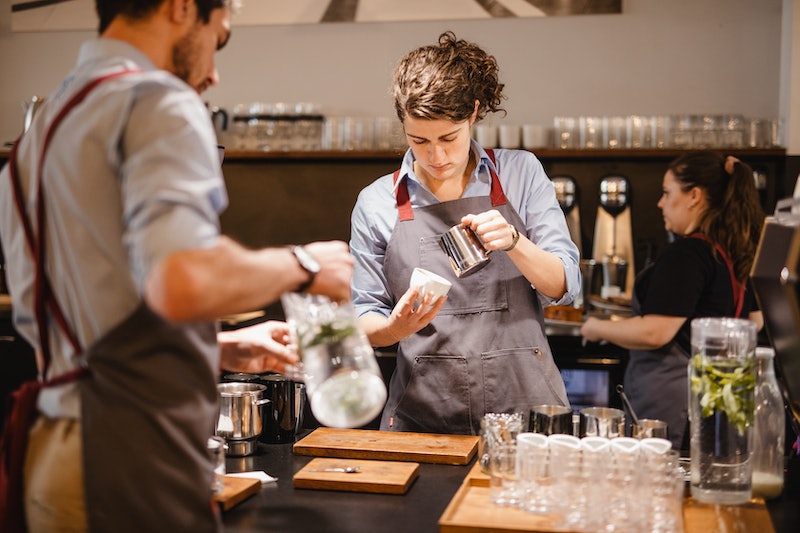 With the global coronavirus crisis and lockdown measures affecting the livelihood of countless in the UK, for those at the start of their careers, job prospects could be even worse. A new report released by Resolution Foundation suggests that young people are most likely to have lost work or a drop in their income because of COVID-19. And their pay may be affected for years to come too, while older staff may end up involuntarily retired.

The type of work you do plays a significant part in unemployment, explains the report. Even before the pandemic, young people were more likely to work in “atypical jobs”, according to the Resolution Foundation. That includes jobs in hospitality, leisure, and non-food retail. These also happen to be the industries most affected by lockdown measures.

New figures released by The Office for National Statistics (ONS) show that the number of people in the UK claiming and receiving unemployment benefit soared last month, as per BBC. According to the ONS, that figure rose by 856,500, meaning over 2 million individuals claimed unemployment benefits in April.

The Resolution Foundation study also revealed that those who can work from home – which tends to be people aged 25-39 – have more chance of weathering the crisis. Younger and older people are less likely to be able to work effectively from home, especially if they do have atypical jobs.

Speaking to The Guardian, Maja Gustafsson, a researcher at the Resolution Foundation, said: “Our research confirms fears that young people are being hardest hit in the current crisis.” Workers in their early 60s are also being hit hard, she added. “Britain is experiencing a U-shaped living standards crisis, with workers in their early 60s also badly affected. That is why the government’s strategy to support the recovery should combine targeted support to help young people into work, with more general stimulus to boost demand across the economy and help households of all ages.”

The Trades Union Congress argues that there should be a “job guarantee scheme” put in place: “The government can use this as an opportunity to be ambitious, encouraging the creation of sustainable jobs in every part of the country.”

More like this
Armani Jackson Is Following In His Famous Actor Sister’s Footsteps
By Catharina Cheung
Eurovision Has Been Given A Whole New Look Ahead Of Its Liverpool Debut
By Bustle UK
Pret & Costa’s Coffee Is The Strongest On The High Street, According To Which?
By Sam Ramsden
Alan Carr's 'Changing Ends' Is A Witty Sitcom Based On His Own Life
By Darshita Goyal
Get The Very Best Of Bustle/UK
Sign up for Bustle UK's twice-weekly newsletter, featuring the latest must-watch TV, moving personal stories, and expert advice on the hottest viral buys.