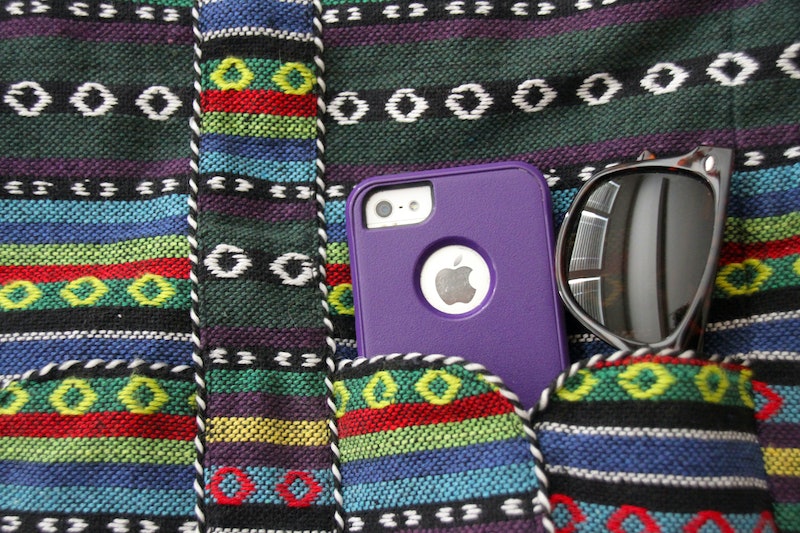 If you're one of those people with an "if it ain't broke, don't fix it" mentality and are still rocking an iPhone 5, it might be time to "fix it" real soon. Apple just announced that iPhone users need to update their iOS versions to at least 10.3.4 by Nov. 3, otherwise their phones could lose a lot of important features. And if you have an iPhone 5, you'll especially want to update it ASAP.

If you don't update your iPhone 5, all of the features on your phone that include GPS tracking and location could be potentially rendered useless, according to an Oct. 26 post on Apple's support page. The post urged all iPhone 5 users to update their phones' iOS versions immediately. "Starting just before 12:00 a.m. UTC on November 3, 2019, iPhone 5 will require an iOS update to maintain accurate GPS location and to continue to use functions that rely on correct date and time including App Store, iCloud, email, and web browsing," the support site reads. "This is due to the GPS time rollover issue that began affecting GPS-enabled products from other manufacturers on April 6, 2019."

This "GPS time rollover" issue, also called the "Y2K of GPS" by some, according to Tech Crunch, is a bug that resets time and corrupts location data every 1,024 weeks, which is almost every 20 years. This is all because GPS systems use "ten bit parameters" to count weeks, as reported by The Verge. These systems start at zero and once they hit that 1,024 mark, they reset, causing problems for people whose devices use these systems. The first GPS week began back in 1980, reset again in 1999, and once again began resetting this past April. And now, Apple devices will begin to be affected starting Nov. 3. The company's newer devices are protected against this reset, but the iPhone 5 doesn't have the proper software to maintain its GPS features without a newer iOS version.

If you have an iPhone 5 but are not entirely sure what iOS version you have, this is something you can easily check. You just have to go into Settings app on your phone, click on "General" and then "About." There should be a number written next to "Software Version." If your number is either 10.3.4 or more recent, you're good to go. But if you have an older version than that, you're going to want to update that immediately. If you don't update your phone before the Nov. 3 "deadline," then you'll have to backup and restore your phone using your computer in order to retain your GPS-based features, which could take a lot of time.

In general, it's always a better idea to keep your devices and their software as updated as possible, so that any bugs or kinks that might exist in older versions won't harm any current, important information on your phone. So if you want to keep your iPhone 5 for as long as possible, more power to you — just make sure you have the right software to keep it running.