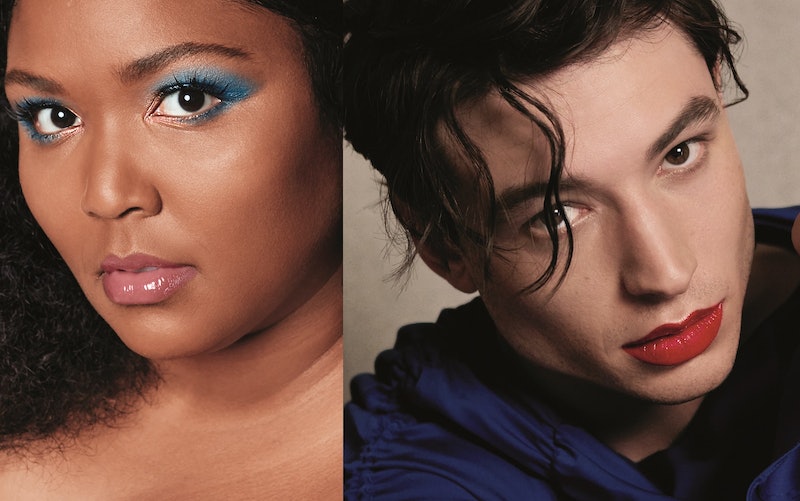 When you want to experiment with makeup and come up with something envelope-pushing, you turn to Urban Decay. And Urban Decay's "Pretty Different" campaign is only going to underline that idea, encouraging you to ditch the status quo and play with makeup the way you want to.

Since its launch in 1996, the beauty brand has pledged to break away from the beauty industry's commitment to "sameness". Urban Decay's original press release wrote that its products were for "girls and boys who want to rattle the notion of what beauty is and put their own stamp on it.” Right from the get-go, the brand believed that makeup was for all genders and was meant to be used as a tool for self expression and creativity.

Urban Decay's "Pretty Different" campaign keeps that tradition alive, underlining the brand's dedication to help you be the most authentic you.

“It’s our tribute to individuality because everyone is pretty different. It’s our approach to reinventing what it means to be a beauty brand," Wende Zomnir, Urban Decay’s Founding Partner, shares in a press release. "Being different doesn’t only mean being ‘weird’ or going against the status quo—it means you being you."

Zomnir had this realization back in the '80s, when she was just 16 years old. It dawned on her when she went to church with a full face of makeup on, but rather than using neutrals she painted her face with fun, colorful hues.

"I remember the parish priest walked up to me and said, 'You're hiding behind your mask of makeup,'" Zomnir tells Bustle. "And I just really felt like, 'hey I'm just trying to tell you about myself. I'm just trying to be me and show you something about myself. And that was the moment I realized that makeup could be a medium for self-expression and freeing yourself."

With "Pretty Different," Urban Decay is announcing five new spokespeople that embody the idea of being true to oneself. These new ambassadors are Ezra Miller, Lizzo, Joey King, Karol G,and CL.

The "Pretty Different" global movement launches June 27, and a new campaign video with all five advocates will jump off the campaign. Urban Decay prides itself in disrupting "the sea of pink dominating makeup counters everywhere," according to the press release, so the video starts off with just that. Selfie-taking girls dressed up in pink sweatsuits are lit up with ring lights and look identical to each other. Ezra Miller wakes up in a dystopian bedroom, where the walls are covered in projected YouTube tutorials, each video showing the same look.

The video then cuts to Lizzo, who walks off a photo shoot because she's exasperated with how unoriginal it is. We then see Joey King standing in line with the pink-clad beauty followers, and an airbrush machine sprays down the line, giving them all the same makeup look. King jumps out of line just before the spray reaches her.

Karol G is also hidden in the pink status-quo group, but pops up wearing dark shimmery eyeshadow, disrupting the uniformity of the circle. Then we cut to CL, who is inside a parked car and putting shimmery lip gloss on her friend in a dark parking lot, giving us the impression she has to do it in secret.

In the end, each of the ambassadors' looks are "pretty untamed," "pretty bold," "pretty fierce," "pretty wild," and "pretty dangerous."

Each of the ambassadors were chosen thanks to their originality and their strong convictions for being their authentic selves.

"Lizzo did an off-camera interview with us, and I thought what she said was really cool: 'As I am, I'm enough. But I want to add that glossy look because I want it. Not because I need to, but because I want it.' I love her attitude towards adding the glam because you want it. But as you are in your most natural state is perfectly fine, too." Zomnir says. "She is so good with who she is, and she really encourages other people to feel that way about themselves."

But that's not to say "Pretty Different" is just being avant garde or weird. It's just about doing whatever feels authentic to you.

"What I think is interesting about 'Pretty Different' is that it's not just about bold, vibrant color ⁠— though it can embody that. But it's really about every single thing you use," Zomnir says. "That can include foundation that's the perfect color for you, or products that make you look and feel glowy. So it's really about the whole product spectrum, and figuring out ways to show people how to express themselves."

No matter what kind of makeup you want to wear, Urban Decay just wants to encourage you to go for it. Use your makeup to show something about yourself, fearlessly.