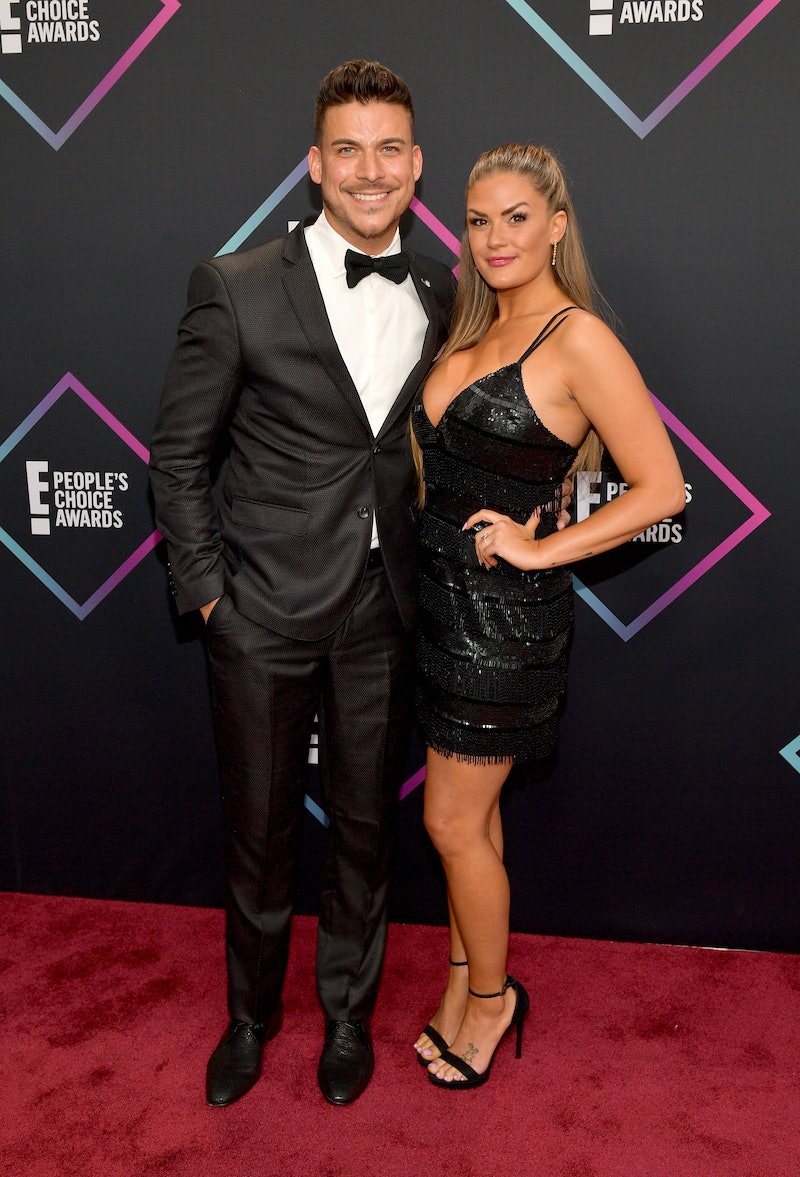 If there's anything to know about Jax Taylor, it's that he takes things from zero to a 100 real quick. Whether he's proposing to girlfriend Brittany Cartwright mere months after his infidelity and subsequent reformation from his bachelor days. Or he's getting tattoo after tattoo of girlfriends' names when their relationship's were on the rocks. So, it shouldn't come as too much of a surprise that Jax and Brittany are planning to have kids not too long after their upcoming nuptials.

The couple, who are planning a Summer 2019 wedding (hopefully to be seen on the hit Bravo series), confirmed as much to Us Weekly on Thursday. Taylor said he's willing to start trying for a family "the night of" their wedding, holding nothing back when he talked about his plans for the future. "We've been together for four years and my whole life has been a party, so I've done everything I wanted to do," he said to Us. "I'm ready for the next step. I'm ready to have kids. I'm ready to be part of the PTA, soccer dad, soccer mom, gymnastics coach, whatever. That's my next job." (We're assuming the Florida opportunity working for a hockey team is indefinitely defunct.)

Cartwright seemed to echo her fiancé's sentiment, telling Us Weekly, "I'm definitely eager to have kids and Jax is eager to have kids. He'll be 40 two weeks after [the wedding]. I'm 30, we're ready. We're buying a house." It seems the SUR kids are growing up, one adult commitment at a time. But the bride-to-be added that she's taking a bit more relaxed approach to trying for a family than Taylor. "When it happens it happens," she told Us. "We're not going to be very careful. We're gonna let it come with God's grace, and he'll give us a baby when it's ready."

Another important issue the couple might want to get figured out sooner rather than later is how many Jax Jr.'s or Mini-Britts they want to have. Cartwright told the mag she's hoping for three. While Jax opted for two, noting however, that "Whatever God gives me, I'm OK with." More pressing of an issue than how many is who gets first dibs on being a godparent? Will this end in an all-out war between the group as the couple struggles to choose between Schwartz and Katie or Sandoval and Ariana? This definitely feels like it could be a Season 9 or 10 arc. And I'm honestly here for it.

But what could cause even more controversy is Jax's comments last year on Bravo's Watch What Happens Live about where he and Brittany will raise their brood. When a caller asked Taylor if he'd rather raise kids in California or Cartwright's native Kentucky, he opted for the latter. He somewhat shockingly revealed, "Kentucky. Without a doubt. I don't wanna raise a family in California." He even went on to say that he and Brittany had discussed the matter and that they would choose Kentucky or Florida as a permanent home. "I would never raise my kids in California," Taylor said on WWHL.

However, this was before Jax had officially proposed to Brittany, and with his track record we know to never say never. We can't quite see the couple leaving Cali anytime soon. Especially when their children are poised to inherit their up-and-coming beer cheese business. No matter where Jax and Brittany's family ends up, they won't wait to get it started.