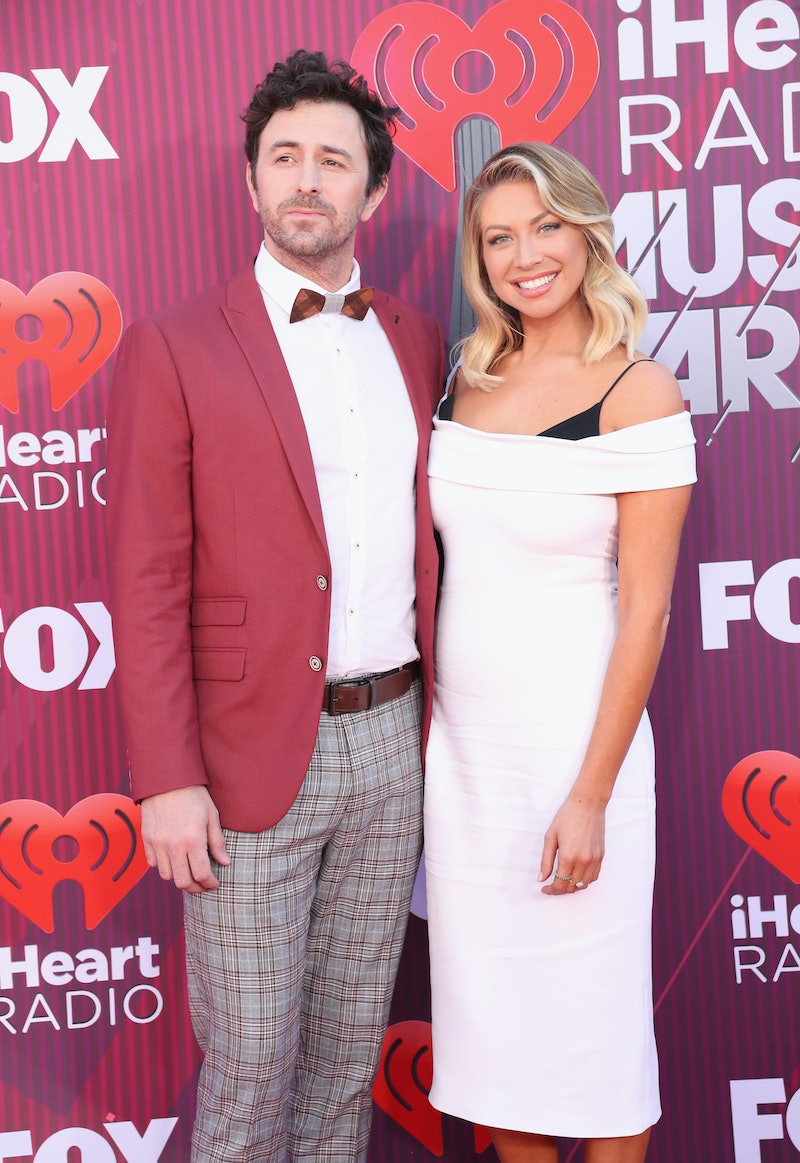 Vanderpump Rules cast members Stassi Schroeder and Beau Clark just announced their engagement with an Instagram post on Stassi's page. As of this moment, the fan favorites haven't shared any further details, but Stassi did caption her photo with "OMG. I feel like Meghan Markle," which is fitting since she is the queen of Vanderpump Rules as an OG cast member on the ensemble show.

It's not certain if the proposal was filmed for the show, but since they do film every summer, there's a very good chance that it was. Not only that, but it just seems only right that it would be filmed. Stassi has been very adamant about being open with her life for the show.

During a March appearance on Bravo's The Daily Dish podcast, Stassi discussed the possibility of an on-camera engagement. She explained,

"I think that that's what my life is now. I think we've given up so many of our precious moments, and these are all my best friends, that like, that is what it is. We've now committed to sharing all of our moments and I think it's just as special to be able to share that with everyone now than if I were to have that privately."

She even looked further into the future, saying that she would even let cameras into the delivery room when she has kids. The Vanderpump Rules viewers expect nothing less from Stassi.

Beau shared his own photo from the proposal with the caption "Sloppy Kisses 4 Life!"

In an Instagram Story video, Stassi divulged some details about how the engagement went down. She told her followers, "I woke up today, just thinking I was gonna go tour mausoleums in a cemetary to see if I wanted to buy one." Yes, she got engaged in a cemetary #TotalStassiMove

Then she put her left hand in front of the camera and declared, "And this! And f*cking this!" She also told Beau, "I love you. I feel like a queen" and he had the best response: "You should."

Stassi and Beau were the only people to share photos from the engagement (so far), but they got lots of love from their fellow Bravolebrities.

Katie Maloney commented about she's cried a lot since hearing the news. She also reposted the photo on her Instagram Story and wrote that she is "so so happy" for them.

In her Instagram Story, Lala declared "This day is better than Christmas."

Stassi's ex-boyfriend from a whole lifetime ago (i.e. Season 1) Jax Taylor declared, "It's about time" and tagged Beau in the comment.

Tom Sandoval congratulated them on the engagement and the "great" photo.

Andy Cohen pointed out how the proposal was so perfectly Stassi since they got engaged in a cemetery and she has a love/fascination with guts, gore, murder, death, and specifically cemeteries. Vanderpump Rules viewers will recall that Stassi had a murder-themed birthday party during Season 5 of the show.

Southern Charm star Shep Rose couldn't get over Stassi getting engaged to someone who is so "cool."

Ever since Beau's first Vanderpump Rules appearance during Season 7, fans have been rooting for Stassi and Beau to tie the knot. Hopefully, their engagement was filmed for Season 8 and, most importantly, let's hope the show makes it to Season 9 for a wedding episode. Or maybe even a two-parter.