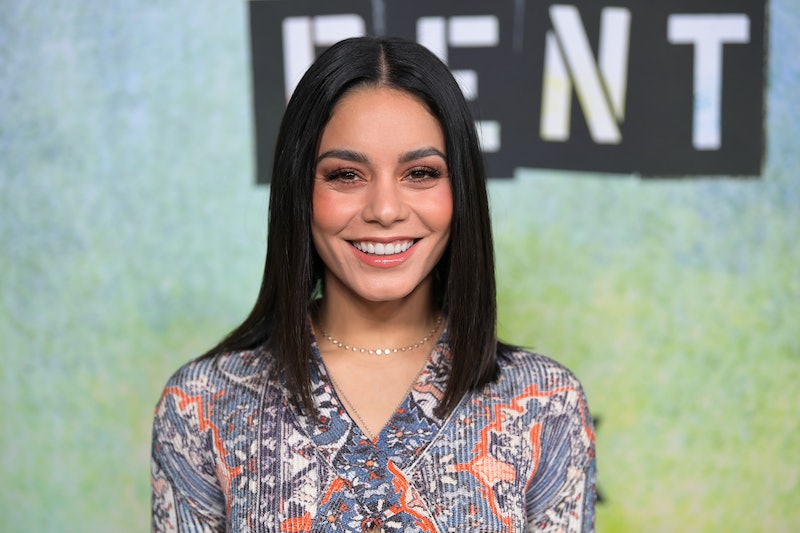 The holidays just came early in the shape of Vanessa Hudgens starring in a new Netflix Christmas movie that she also just happens to be executive producing, as reported by Deadline on Wednesday, Mar 20. It might not be the holiday season just yet, but this news is quickly turning the first day of spring into the most wonderful time of the year.

The movie already sounds like perfection for so many reasons, one being the film's title. Are you ready for this? The holiday movie is called The Knight Before Christmas. Whoever came up with this movie title pun deserves a round of applause.

One might not think it gets better than the film's title, but, oh, it does. As previously mentioned, not only is Hudgens starring in it, but the Second Act star is also serving as an executive producer, alongside Brad Krevoy, Amanda Phillips Atkins, Eric Jarboe, Jimmy Townsend, and Lorenzo Nardini. Let's all take a moment to applaud Hudgens for this major achievement.

The movie will be directed by Monika Mitchell, who also directed The Christmas Contract starring One Tree Hill alums Hilarie Burton, Robert Buckley, Danneel Ackles, and Antwon Tanner. The film, written by Cara Russell, also sounds pretty fantastic. An English knight seeking out his true quest ends up in the present day after a sorceress sends him from the medieval era. During his journey in the present time frame, the knight ends up falling for a high school science teacher "disillusioned by love."

In addition to Hudgens, Josh Whitehouse, known for Poldark and the upcoming Valley Girl reboot, will star alongside Hudgens. Whitehouse will also soon be seen as the leading man in HBO's Game of Thrones prequel opposite Namoi Watts. He's quickly making a name for himself, that's for sure.

This isn't the first time Hudgens has been in a Netflix Christmas movie. During the 2018 holiday season, Hudgens starred in The Princess Switch. The movie followed the former Disney Channel actor in the two main roles, in which she played both a duchess named Margaret Delacourt and also a baker from Chicago, Stacy De Novo. The movie found Stacy bumping into Margaret, the prince's fiancée, during a Christmas baking competition in Belgravia, and the lookalikes ended up switching lives for two days. Basically, think along the lines of The Parent Trap.

Seeing as Hudgens has experience in the Netflix Christmas movie realm, there's no doubt The Knight Before Christmas will be a success. Fans are already so on board and can't wait for the holidays to see Hudgens in action. Here are just a few of the reactions:

She Is Such A Star

People Are Willing To Pay To See It

How many subscribers will Netflix gain thanks to Hudgens?

Nothing But Respect For Hudgens

The movie hasn't even been released yet and it already has so many fans.

An exact release date for The Knight Before Christmas has yet to be announced. That said, filming for the movie begins in April, so soon enough you'll be able to bask in the glory of Hudgens' next Netflix Christmas project.