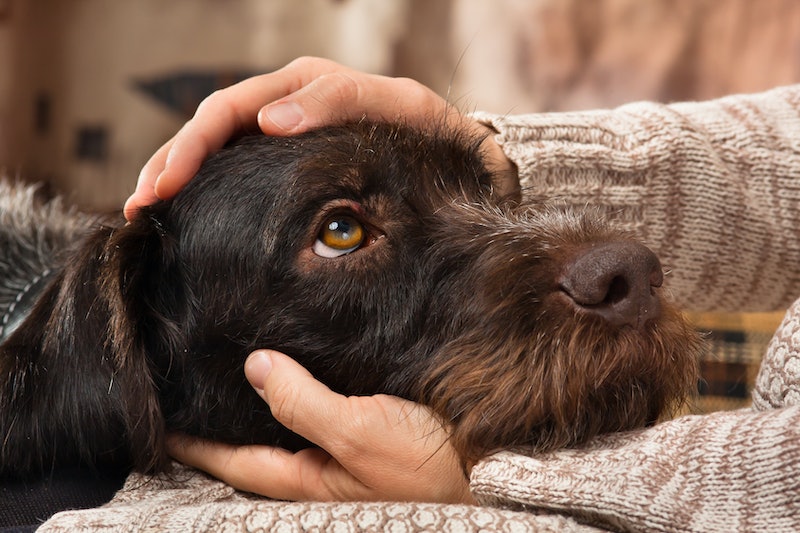 For many of us, some of the most precious childhood memories we have are the moments shared with our first pets. (And some of the saddest memories are probably when they passed away.) While looking at photos of old pets can bring all the heartwarming memories flooding back and make you nostalgic, it’s probably difficult to believe your childhood pets can actually have a very real impact on you — especially on your dietary choices and empathy for all animals — long into adulthood, and long after they are gone. According to a new study, vegetarianism and pet ownership are related in a surprising way — people who have various pets growing up have a higher chance of choosing to adopt a vegetarian or vegan diet as an adult.

The research, conducted at the University of Albany, was published on April 1 in the scientific journal Appetite. The 325 study participants were found via food-focused social media pages — including group pages dedicated to vegetarianism and veganism — and were surveyed about their dietary and lifestyle choices, as well as their childhood pets. Questions focused on what type of diet participants followed, types of animals they had as children, their relationships with childhood pets, and their feelings about animal exploitation.

Interestingly, the study discovered people who had a variety of animals growing up (meaning, they had cats, rodents, farm animals, or other cute critters — not just dogs) were more likely to adopt vegetarianism or veganism as adults. In addition, researchers found the more types of animals someone had growing up, the more likely they were to abstain from a wider range of animal products (like dairy and meat, rather than just meat) compared to folks who grew up with fewer pets. Participants who reported having an abundant variety of childhood pets were also more ethically opposed to factory farming, animal testing, and other forms of animal exploitation than those participants with a fewer variety of childhood animals.

“It seems as though individuals who had different types of pets more easily empathize with farmed animals, or those used in research,” Sydney Heiss, a UAlbany graduate student who co-authored the study, said in a press release. “For example, someone who had only a dog may have difficulty feeling empathy for a cow, whereas someone who grew up with farm animals may be more attuned to characteristics that are shared across all species, and therefore, better able to empathize with all animals.”

The study indicates that growing up with a variety of pets seems to play a large role in a person’s choice to refrain from eating animal products later in life, and from using products made from animals or their byproducts. But, the researchers also found that being close to your childhood pets is another determining factor in adopting a vegetarian or vegan diet. Julia Hormes, an Assistant Professor of Psychology at UAlbany who worked along side Heiss on the study, concluded in the press release that, “Past research has suggested closeness to a childhood pet is the key factor that predicts increased empathy and vegetarianism in adulthood. Our findings suggest that there may be more than one pathway to vegetarianism in adulthood — the number of pets in childhood, ethical concerns towards animal use, and level of vegetarianism is significant.”

Many things can play a role in someone’s decision to choose a vegetarian or vegan lifestyle — including environmental benefits, health benefits, ethical beliefs, and, according to this study, you furry friends you had while growing up. Who would have guessed that the pet you had as a child could influence what you choose to eat now, years later, as an adult?