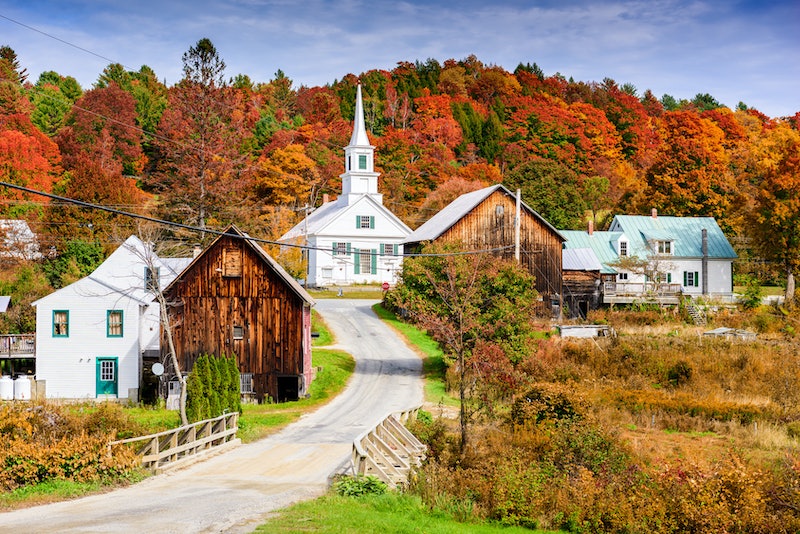 If you've been itching for a change of pace, now may be a good time to think about moving to the northeastern U.S. Vermont will pay out-of-state workers up to $10,000 if they move to the state and work remotely, and it's all thanks to a new initiative to promote working from home. The bill was introduced by state lawmakers earlier this year and signed Wednesday by Gov. Phil Scott, according to the Burlington Free Press. It sounds like something you'd read in a spammy pop-up advertisement, but it's actually a legitimate offer. The state's Agency of Commerce and Community Development will oversee the New Remote Worker Grant Program, which goes into effect Jan. 1, 2019.

Although the program sounds pretty sweet, it isn't a free-for-all, and Vermont is unlikely to see a massive influx in new people as a result. According to the bill, the agency is only awarding $125,000 in 2019, which means that only 25 people will be eligible. (The state is only awarding up to $5,000 per year, so eligible workers would receive the full amount over a two-year period.) In 2020, 50 people would be eligible, but by 2022, the grant amount decreases to $100,000. And you don't just get the money to cover all the maple syrup you'll be buying — the money is meant to cover relocation, computer software and hardware, Internet access and membership in a co-working space. But it's definitely better than what most states offer for you to move there, which is nothing.

In an interview with the Burlington Free Press, Vermont Agency of Commerce and Community Development secretary Michael Schirling says officials believe that "Vermont is well-positioned to capitalize on the increase in the availability of remote work." It's a good time to incentivize remote workers — The New York Times says 43 percent of Americans spent some time working remotely in 2016, and those numbers are only projected to grow. Since work-from-home jobs allow you to work from virtually anywhere in the world, why not pick Vermont?

If you already live in Vermont, you're out of luck. The new program is targeted at gaining new people, not retaining current ones, so you can't establish full-time residency before 2019 and qualify. The state currently has less than 700,000 residents — in comparison, California has nearly 40 million — and is getting its first Target store later this year, so it's not exactly bustling. But the state is routinely named a top place to live in the U.S. and has surprisingly low rates of crime, making Vermont the safest place to live in the nation. But if you want to start a new life and also get up to $10,000 to foot the bill, there's no place like Vermont to turn over a new leaf.

As someone who's never been to Vermont, it sounds rather idyllic. USA Today reports that Vermont has a high employment rate already, so even if you're worried about a remote job falling through, you'll have options once you get there. There's also an annual Vermont Maple Festival dedicated to maple syrup, which is the stuff of dreams. I'm not saying that Vermont is a utopia, but based on the pictures I've seen, it seems pretty close. If you're interested in finding out more about the program and eligibility, keep an eye on the state's Agency of Commerce and Community Development — they'll be announcing more details soon.

If Vermont isn't your jam, there are other places in the U.S. that will incentivize your move. Thrillist reports that cities like New Haven, Connecticut, and Baltimore, Maryland, offer homeowner's assistance programs for new residents. Moving to a large, glamorous city like New Haven has its appeal, but if you're willing to keep things low-key, you could save a ton of money in the process.