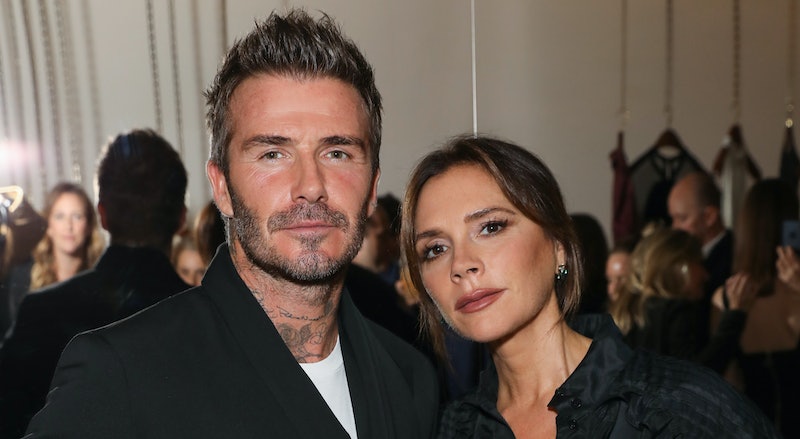 Although we don't celebrate Thanksgiving over this side of the pond, some Brits who've lived in the U.S. are flying the flag and being thankful. One particularly famous clan that gets involved is the Beckhams and on Thursday and Victoria Beckham shared a family Thanksgiving photo to celebrate the occasion.

The picture is of Victoria, David, Cruz, Brooklyn, Harper, and Romeo looking very dapper and cosy on a sofa. Victoria captioned the happy shot with lots of well wishes for those celebrating the big day. Polishing it off with a hun-derful three kisses.

Although the Beckhams are, thankfully, based in the UK once again, they often travel to the U.S. which became their home for a time after David got signed by LA Galaxy. A move which was so successful for not only David, but the whole family. David was so beloved by the football team that they even went on ahead and had an extra special statue made of him in action. The unveiling of which was used as an opportunity for his BFF James Corden to totally rinse him in a pretty iconic prank in which he organised for a decidedly unflattering fake statue to be put in its place.

Despite all of the LOLs surrounding the fake, the actual statue turned out to be pretty lit. With David and his own VIP team (AKA his wife and kids) being enormously happy with the final result. So much so that in his very own Thanksgiving Instagram post he chose to share a photo of the family in front of it. Featuring Victoria in perhaps the most magnificent dress I've seen in weeks.

In the countdown to Christmas I'm sure there'll be loads more great Instagram posts from the UK's second royal family. Yep, I'm psyched too.