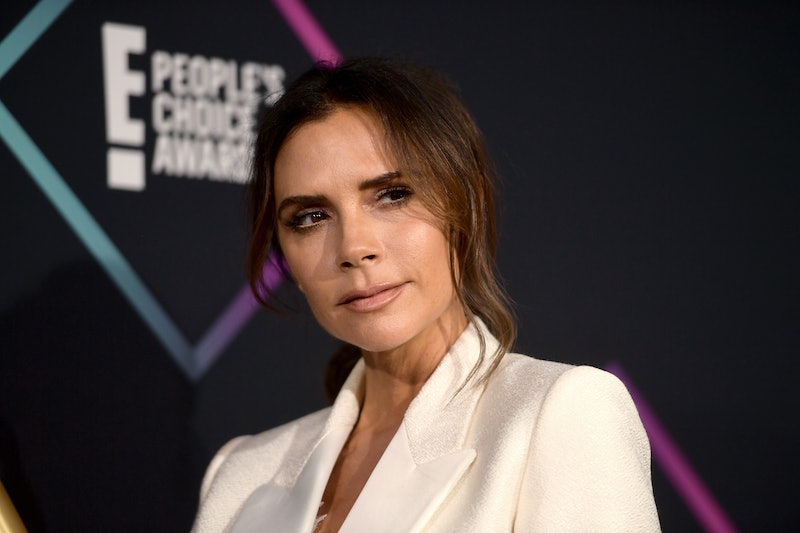 Despite elation over the long-awaited Spice Girls' reunion tour announcement, fans were deeply disappointed to learn that only four out of the five original members would be participating. When they finally shared the news this past November, Mel C, Geri Horner, Emma Bunton, and Mel B revealed that they'd be hitting the road without Victoria Beckham. And, although her presence will certainly be missed, it seems that Beckham's reason for skipping The Spice Girls reunion tour, as revealed by Mel C, may be more personal than you think.

Over the years, Beckham, now married to former soccer superstar, David Beckham and the mother to four children, has been hesitant to take the stage with her former Spice Girl bandmates, leaving many to assume that Posh Spice had possibly outgrown being part of the groundbreaking group. And while that may be partially true, recent comments from her bandmate, Mel C., indicate that, although Beckham's family and career in fashion have become her top priority, the reasons surrounding her absence from the tour appear to be much more complicated than that.

During a recent interview with Jay Rayner’s Out to Lunch podcast, which was shared by Entertainment Tonight, Mel C., aka Sporty Spice, revealed that Beckham actually has a fear of performing. Citing their last performance at the 2012 Olympic closing ceremony, Mel C. explained, "I’m sure, Victoria wouldn’t mind me saying, the Olympics was hard for her." Mel C. continued, saying that now, almost 20 years since the Spice Girls first broke up in 2000, Beckham's life changed so much that "she just doesn’t have that love of performing, and in fact, it completely petrifies her."

"She's extremely busy and successful in what she's doing. She has put her heart and soul into her business, and … to step away from that, and … not give it the time that she does at the moment would be difficult. But also, I'm sure, if she felt passionate about being on stage and loved it, then she'd be there."

In light of Beckham's absence, the remaining band members appear to be hugely supportive of her decision to step back from performing. In fact, Mel C. said the singers, while sad to embark on a reunion without Beckham, totally understood her decision:

"We're all very sensitive of that, and we completely understand. We're all sad that Victoria won’t be joining us, but it's all genuinely very supportive you know, obviously understand and support her."

It seems that there's definitely no love lost on Beckham's end either. In February 2018, she posted a photo of the five women hanging out at Geri Horner's house. A report from The Sun during that time indicated that the crew was discussing the possibility of a greatest hits album, TV show, or other endorsement deals.

For her part, Beckham has said that she will have some FOMO watching her bandmates hit the stage without her, but explained that her fashion empire is now her main focus, according to ET. In a January 2019 interview with The Guardian, Beckham said, "I'm sure when I'm there and they are on stage, there will be a part of me that feels a bit left out. Because even after all this, a part of me will always be a Spice Girl."

While she will certainly be missed during the Spice Girls' epic reunion tour, which will kick off this May, Beckham's reasons for not participating are completely understandable and they should definitely be respected.