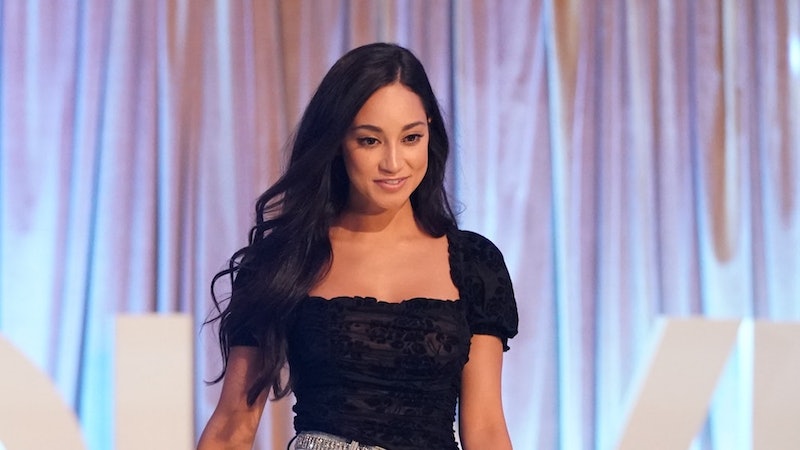 After her involvement with a controversial fashion line earned her a great deal of criticism during her time on The Bachelor, former contestant Victoria Fuller admitted to being "part of the problem" in an Instagram post supporting the Black Lives Matter movement. The former model — who was recently quarantined in Iowa with Chris Soules — shared photos from protests in her hometown of Virginia Beach on Monday, June 1. The statement comes in the wake of the death of George Floyd at the hands of a Minnesota police officer, who has since been arrested.

"I’d first like to say, I have been a part of the problem. And for that I am sorry," Victoria wrote on Instagram, alongside several powerful photos of people protesting police brutality. "Being naive, staying silent, or not educating ourselves of the ongoing racism in our country IS contributing to the problem. Period."

Victoria continued by adding that since she doesn't "want to be a part of the problem," she has been doing her best to educate herself on white privilege and the ongoing epidemic of racism in America. "I’ve taken time to educate myself, read, listen & although I can never fully grasp or understand I am willing to keep learning," she wrote. "This isn’t a trend. This is a societal problem that needs change & hopefully I can use my platform as a way to educate and continue everyday to learn from others."

"Far too many of us who are closer in proximity to being white erroneously believe that we do not have to take the issues of systematic oppression seriously or don’t feel the need to speak up," Victoria — who claims she comes from a "very diverse background" — wrote, before encouraging her followers to also educate themselves on the Black Lives Matter movement and their mission.

She continued, "So now we have a choice. We can continue to use unearned privilege to remain ignorant, or can put aside the color of our skin in order to see clearly and live differently." The pharmaceutical rep also shared a list of resources for other white people looking to educate themselves about race, as well as organizations that work to undo systemic racism in the country, including Reclaim the Block.

Back in January, members of Bachelor Nation discovered that Victoria had modeled clothes for a company called We Love Marlins — an organization dedicated to marlin conservation — which used imagery associated with the White Lives Matter movement. In response to the discovery, Cosmopolitan Editor in Chief Jessica Pels decided not to publish a digital cover featuring Victoria on the website. "Unequivocally, the White Lives Matter movement does not reflect the values of the Cosmo brand," Pels wrote in an open letter published in February. "We stand in solidarity with Black Lives Matter, and any cause that fights to end injustices for people of color.

Victoria apologized for taking part in the campaign in the comments of an Instagram post, and then, on her Instagram Story in February. "I want to say that I unequivocally reject the beliefs of the white lives matter movement or any propaganda that supports racism of any kind," she wrote, according to USA Today. "I would like to specifically apologize to people of color that are affected by racism daily. ... This has truly been an educational moment for me and I hope to be a voice against racism moving forward." It seems that she, like other white people around the world, is still learning.

More like this
Khloé Kardashian Writes Touching Instagram Tribute To Tristan Thompson’s Mother
By Alyssa Lapid
Brianna Revealed Why 'The Bachelor' Premiere Was Tougher For Her Than You Saw On TV
By Brad Witter
'Bachelorette' Vet Clare Crawley Revealed Her Stunning Wedding Photos
By Stephanie Topacio Long
Erika Jayne's Estranged Husband Tom Girardi Has Been Indicted On Fraud Charges
By Jake Viswanath
Get Even More From Bustle — Sign Up For The Newsletter
From hair trends to relationship advice, our daily newsletter has everything you need to sound like a person who’s on TikTok, even if you aren’t.