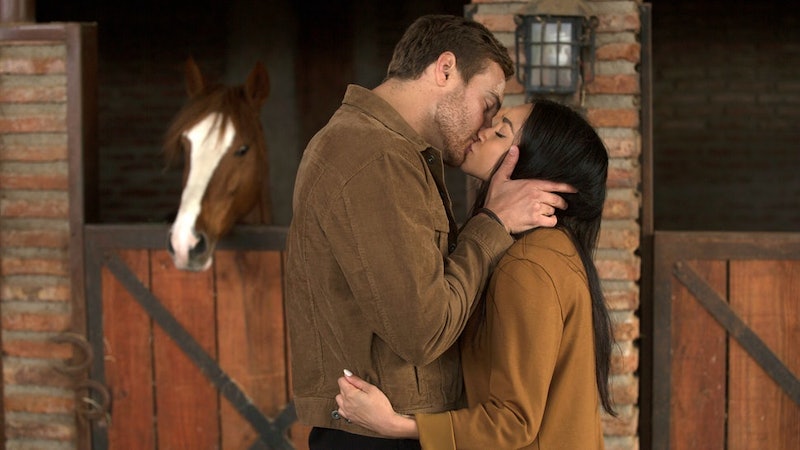 Peter's season of The Bachelor was filled with ups and downs, but nowhere was this more apparent than his relationship with Victoria F., whom he finally sent home in Week 9. The two exes then reunited on March 2's Women Tell All special, during which Victoria F. apologized to Peter for her actions on the show.

After being in the hot seat with Chris Harrison, where she denied breaking up any marriages, Victoria F. sat down with Peter himself. Considering how tumultuous their relationship was, their conversation went incredibly smoothly. Victoria stated that there wasn't any animosity between herself and the bachelor, then telling Peter, "I adore you." In addition to saying that appearing on The Bachelor was a huge "learning experience" for her, Victoria F. also acknowledged that Peter "put up with a lot."

It was hard to read how the pilot interpreted her apology, but they did manage to keep things civil for once (and Victoria from running off of the stage), which was a nice reprieve from an otherwise drama-filled evening. Indeed, although she was a wild card this season, many Bachelor fans were impressed with how Victoria F. handled herself during Women Tell All (which could not be said for Tammy or even Mykenna).

But despite the composed way she held herself, some Bachelor fans were confused that Victoria F. went out on a positive note, considering the online backlash she received after her modeling photos surfaced, in addition to all the cheating allegations that have been leveled against her.

While Victoria F. and Peter's relationship hit their fair share of turbulence, at least they were able to nail the landing. Now, all that's left to see is whether Victoria F. shows up in Paradise this summer.