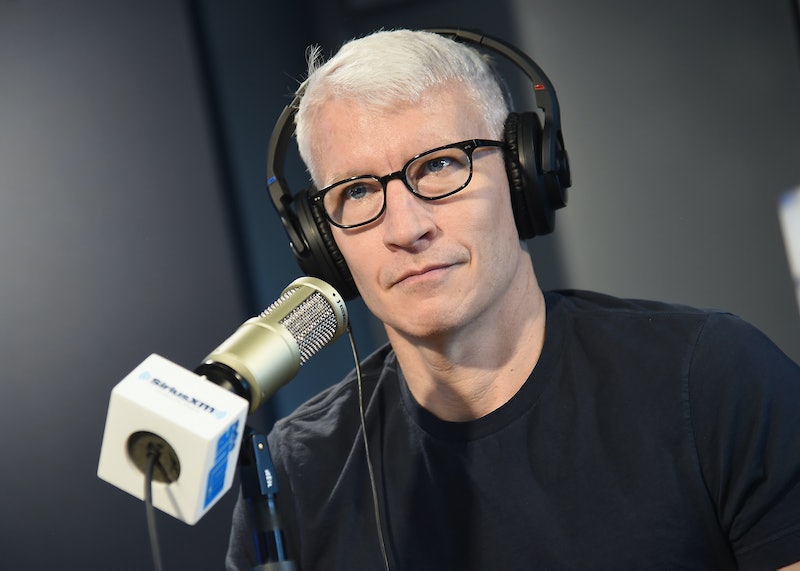 In the last week, POTUS has repeatedly challenged the veracity of global warming as a scientific theory. And for anyone who found that frustrating, this video of Anderson Cooper telling Trump that climate change isn't the same as weather will definitely make you feel better. Trump's climate change comments came after his administration's release of a 1,600 page report last Friday. The report was initially supposed to be released in December, a point that Cooper brought up before suggesting that POTUS intentionally released the report at a time when people "take a break from the news."

The report, which contained the cumulative results of a study by over 300 scientists warning of the potential catastrophe of climate change, was quickly dismissed by POTUS shortly after it was released. To reporters on Monday, Trump said, "I don't believe it."

Trump's virtual denouncement of climate change came less than a week after he tweeted a similarly blunt message about the topic, writing, "Brutal and Extended Cold Blast could shatter ALL RECORDS - Whatever happened to Global Warming?"

On Monday evening, Cooper was not having any of this. In a lengthy and searing monologue against POTUS, Cooper broke down the various inaccuracies in Trump's argument against climate change.

"Fine, look, he doesn't trust scientists," Cooper said. "How about trusting his own eyes? A week and a half ago he went to see some of the destruction from the deadly wildfires in California."

Cooper then played a clip of Trump speaking to reporters in California, in which the president confirmed that he still didn't believe in climate change. "I have a strong opinion," Trump said, "I want great climate, and we're going to have that." He walked away before reporters could ask him what he meant.

Cooper then continued with his monologue. "I'm not sure [Trump] has a robust understanding of the issues or even the most basic grasp of the issues," he said. "The president of the United States seems to be honestly believing that global warming means it never gets cold anywhere."

Cooper then pointed out that NASA provides a kid-friendly web page that explains the difference between climate change and weather for those who don't understand. "So we're just suggesting, Mr. President," Cooper said, "If you don't want to believe science, or the 1,600 page report your team tried to slip past the American public on Friday, maybe just start with climatekids.NASA.gov."

"It's a pretty easy read," Cooper concluded, "It's fun, there are pictures, but we're not going to hold our breath. Because unlike the climate, some things never actually change."

For anyone who might be genuinely confused about some aspects of climate change and weather, NASA really does provide an easy answer to understand (as seen in the video above): weather represents the state of conditions for a temporary period of time, while climate represents the typical weather conditions for a large region over a long period of time.

The report released last Friday was the second of four annual studies on climate change that have been commissioned by Congress. The authors of the report conclude that climate change will cause "substantial damages to the US economy, environment, and human health and well-being over the coming decades," if drastic changes aren't made immediately across industries and ways of life. You can read the report here.