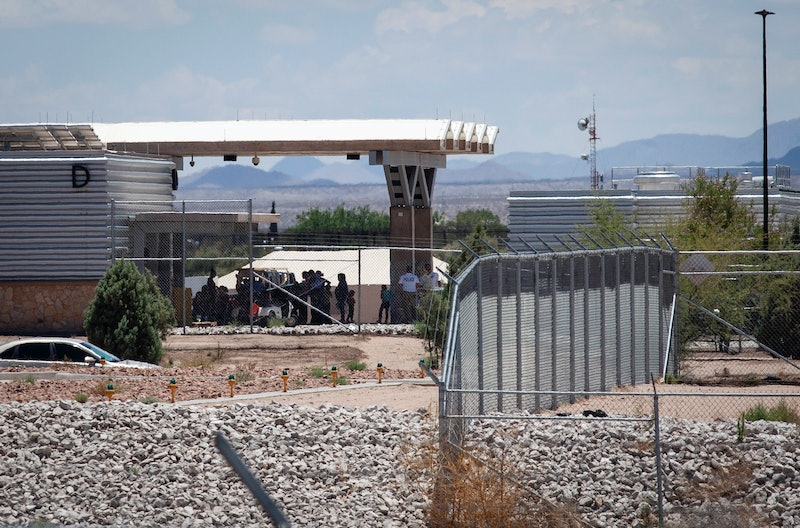 Videos obtained by The Arizona Republic appear to show migrant shelter staff dragging and pushing migrant children in their care. According to the paper, the incidents in question were all reported to the proper authorities by the company running the Arizona shelter and occurred not long before the shelter was shuttered by the federal government earlier this year.

In one of the videos The Arizona Republic obtained from the Arizona Department of Health Services, a man alleged to have been a staff member at Southwest Key Program's Hacienda Del Sol shelter in Youngtown, Arizona, can be seen dragging and pulling a young boy into a room. Once in the room, the alleged staffer appears to roughly push the boy up against a wall, at which point the boy appears to lash out at the man. The man then pulls the child out of his way by the arm and leaves the room. In another clip, two people alleged to also be employees at the Hacienda Del Sol shelter each forcibly drag and pull children across the floor and through doorways by their arms.

Both of the video clips were blurred by the Arizona Department of Health Services in an effort to protect the identities of the children, The Republic has reported.

A spokesperson for Southwest Key Programs refused to comment directly on the videos and instead directed Bustle to a statement the organization had issued in October when operations at the facility were suspended. Southwest Key spokesperson Jeff Eller said in that statement:

We wholeheartedly welcomed the Office of Refugee Resettlement's decision to suspend operations at Hacienda Del Sol and are working to thoroughly retrain our staff. We are simultaneously engaging the Child Welfare Consulting Partnership to do an independent, top-to-bottom review of our processes, procedures, hiring and training in our Arizona shelters.

According to The Republic, Southwest Key Programs did report the video-taped incidents to law enforcement and state authorities sometime around mid to late September. However, it's unclear if the incidents detailed in the videos had anything to do with decisions to suspend operations at the Hacienda Del Sol shelter in October.

According to Southwest Key Programs, the operations license for their Hacienda Del Sol shelter was voluntarily surrendered as part of a settlement agreement with the the Arizona Department of Health Services. In September, roughly a month before the settlement, CNN reported that the department was threatening to revoke licenses for 13 of the organizations' shelters after Southwest Key Programs reportedly failed to provide proof that it vetted employees with background and fingerprint checks.

As news of the videos broke on Sunday, the Maricopa County Sheriff's Office told The Republic it decided to reverse its initial decision not to refer the incidents to Maricopa County Attorney's Office for possible criminal charges. According to the paper, the sheriff's office did not elaborate as to the reason behind their decision.

Earlier this year, police arrested a Southwest Key employee suspected of sexually abusing an immigrant girl at the nonprofit organization's shelter in Phoenix, Arizona. A few weeks later, ProPublica reported that Southwest Key Programs had allowed a man indicted on 11 sex offenses stemming from allegations he'd molested at least eight unaccompanied teenage immigrant boys over the span of 11 months in 2016 and 2017 to work at their Casa Kokopelli shelter in Mesa, Arizona, for nearly four months.

Problems for Southwest Key Program continued to mount when, earlier this month, The New York Times reported that the Justice Department had launched an investigation into allegations the nonprofit organization had misused federal money. The company is reported to be the largest operator of migrant children shelters in the country.