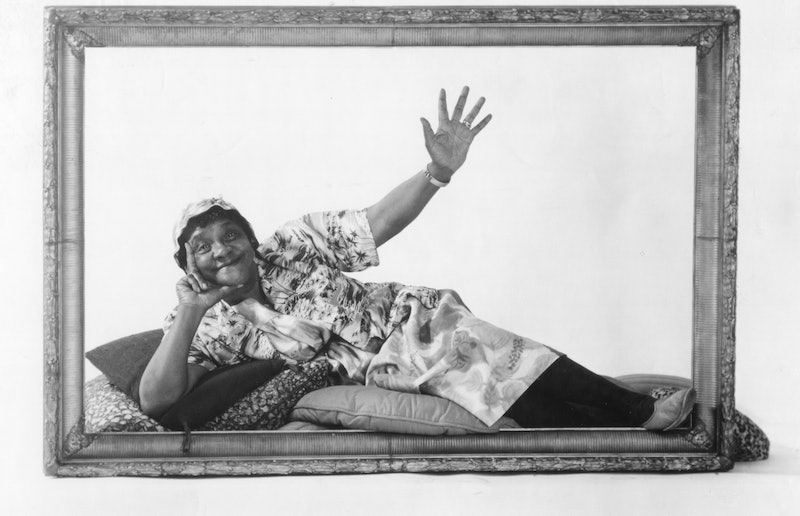 Light spoilers ahead for The Marvelous Mrs. Maisel Season 3. In the Season 3 finale of The Marvelous Mrs. Maisel, Midge listens in the wings of Harlem's Apollo Theater, one performer away from taking a stage famously treaded by greats like Duke Ellington and Dizzy Gillespie. Commanding the audience's attention in that moment is Moms Mabley, a vaudeville comedian who also played the Apollo in real life.

Born Loretta Mary Aiken, Mabley — her uniquely wobbly cadence captured perfectly by Wanda Sykes — started performing stand-up in her 20s. In addition to being a black woman, she was one of the first openly gay comedians on tour. Early in her career, she was a fixture on the chitlin' circuit, a network of theaters and venues that welcomed black performers during segregation. But eventually, Moms broke through with white audiences, too, playing Carnegie Hall and appearing on the Ed Sullivan Show.

Moms was purely a stage persona — perpetually middle-aged, snarky, dressed in a floppy hat and housecoat. Her pioneering routine was famously ageist. She loved young men as much as she loved complaining about old ones: "I was married to one old man and he died...thank goodness," she declares to scandalized cackles in this 1969 set that inspired the bit Sykes delivers on The Marvelous Mrs. Maisel.

In 1974, Aiken presented an award with Kris Kristofferson at the Grammys, hilariously ignoring the cue cards but staying firmly in character as an old, randy woman ogling her co-presenter.

But while Moms disarmed audiences with her lusty obsession with younger men, she was also unafraid to take on race and politics. In one routine, Moms tells the story of a time she was pulled over by a police officer, who asks if she saw the red light she just ran. So goes the punchline: "I said, cause I seen all you white folks going on the green light I thought the red light was for us!"

Over a 60-year career featuring singing, stand-up, and movie roles, Aiken faced a lot of adversity, a subject explored in Whoopi Goldberg's 2013 documentary about the comedian, and one Mrs. Maisel only grazes. "There was some horrible things done to me," she told an interviewer in 1974, a year before she died. "I've played every state in the union — except Mississippi. I won't go there. They ain't ready."

More like this
The Black Lotus Staff Has "Had Enough" In The 'White Lotus' Spoof From 'SNL'
By Brad Witter
Every 'That '70s Show' Character Who Returned For The Netflix Spinoff
By Grace Wehniainen
Darren Harriott Is Keeping His Love Life Away From The Spotlight
By Darshita Goyal
The 'Freeridge' Cast Shared Their Hopes For A Potential Season 2
By Grace Wehniainen
Get Even More From Bustle — Sign Up For The Newsletter
From hair trends to relationship advice, our daily newsletter has everything you need to sound like a person who’s on TikTok, even if you aren’t.