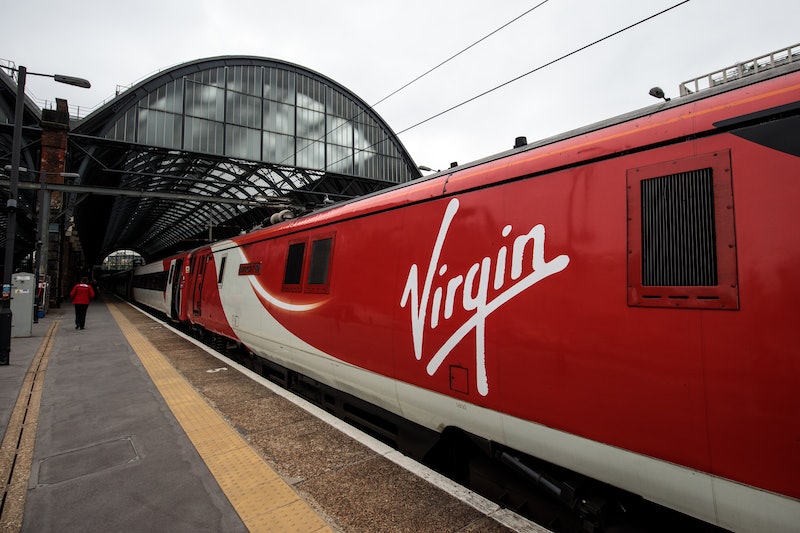 There is nothing worse than forking out an arm and a leg for train tickets, forgetting to reserve a seat, and before you know it, you're standing all the way from London to Liverpool. But one train company is hoping to put an end to this. Yep, Virgin wants to ban standing on long distance trains.

According to the BBC, the train company has proposed stopping passengers standing or sitting in aisles by treating their train services similarly to flights. Virgin wants all seat to be sold as reservation-only meaning customers have to book tickets and a seat for these long-distance trains. The new proposal was made as a part of a government-commissioned review led by Keith Williams, former British Airways chief executive.

At the moment trains allow walk-up fares which means passengers can buy tickets and board a train there and then rather than pre booking tickets online. Walk-up fares means any number of passengers can get on a train, and there is no control over numbers unless the train operators feel it is at an unsafe capacity.

According to The Mirror, Virgin which operates trains on the West Coast Main Line, has to stick to strict timetables which means some trains are overcrowded causing passenger to stand for the whole journey, whilst other trains are empty and still have to run regardless. The changes could see a better distribution across their services. But just like flights, ticket prices will reflect the popularity of a specific journey.

Back in 2016, leader of the Labour party, Jeremy Corbyn got caught up in "traingate" on a Virgin train. CCTV footage showed the MP sitting on the floor reading a newspaper because, as he said, the train was "ram-packed". As HuffPots reports, Corbyn used his experience on this Virgin train to support his policy to renationalise trains in the UK which would take power away from private companies like Virgin.

According to i-News, Virgin would also like trains to operate similarly to how flights run their major routes. They would like to see the current system replaced with auctions for train journey slots. This means multiple operators could run the same journey from Euston London to Manchester for example. This could mean the competition between operators would reduce long-distance ticket prices. It would also give passengers more options when choosing train companies.

However, general secretary of the Rail, Maritime and Transport Union, Mick Cash, thinks these plans would be chaotic. In a statement given to the BBC, he said: "What Virgin are proposing is a de-regulated free for all where private train operators slug it out on the most lucrative routes on a slot-by-slot basis. It would lead to total chaos with passengers trapped in a transport nightmare of escalating fares where prices rise by the minute according to availability."

If these changes come in, then hopefully no poor soul will be forced to sit by the toilets for three hours whilst suffering with pins and needles. It does however mean the way in which tickets are priced and train timetables could drastically change.