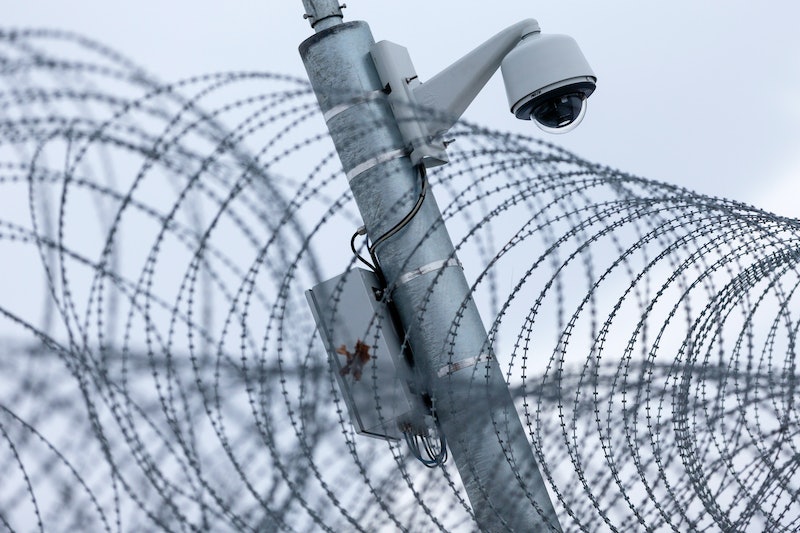 A Virginia plan to limit prison visitors from wearing tampons or menstrual cups, presented as a way to prevent contraband smuggling, is "immediately suspended." Virginia prisons' tampon rule was stopped — for now — by Virginia Secretary of Public Safety Brian Mora after a public outcry following the initial announcement on Monday. He called off the ban Tuesday on Twitter.

The rule was supposed to come into effect on Oct. 6, but it is now suspended "until further review." Mora wrote that he had just "recently" been informed of the policy, which came out of the Virginia Department of Corrections. "I feel it appropriate to immediately suspend the newly developed policy until a more thorough review of its implementation and potential consequences are considered," More said in his Twitter thread.

The original policy was presented as a way to protect inmates and prevent the smuggling of contraband — including drugs — into correctional facilities. The state had planned to offer female visitors pads for the duration of their time in the prison and warned that any woman entering with a tampon or menstrual cup that was caught on a body-scanner would be denied entry and have their visiting privileges reviewed.

Mora acknowledged this in his post. "I understand DOC's precautionary steps to detect the rising threat of contraband, overdoses and even deaths among our offender population," More said. But he went on to note that "a number of concerns have been raised about the new procedure."

Following Monday's announcement, users on Twitter denounced the plan. "This is ridiculous," writer Britni Danielle said. "People in prison are regularly dehumanized, and unfortunately, so are the people who visit them. This is yet another plot to destroy the humanity of those caught in the system, whether they are in prison or not."

"While it is important to prevent drug abuse in prison, we should look for solutions that are not degrading to one half of the population," wrote Dick Saslaw, the Democratic leader in the Virginia Senate.

The ACLU of Virginia was active both online and off. Claire Guthrie Gastañaga, their executive director called it "unacceptable." "Any policy that discourages visitors is one that should be subject to the most exacting and careful review," Gastañaga told The Washington Post. "In addition, a policy like this one that requires those who wish to visit people who are incarcerated to set aside their dignity and health is simply unacceptable."

Lisa Kinney, a Virginia Department of Corrections spokesperson, had originally defended the move to The Richmond Times-Dispatch. "If someone chooses to visit a Virginia Department of Corrections inmate, he or she cannot have anything hidden inside a body cavity," Kinney said. "There have been many instances in which visitors have attempted to smuggle drugs into our prisons by concealing those drugs in a body cavity, including the vagina."

The way the current policy works is that if guards see something on a body-scan that could be contraband, the visitor has to be strip-searched or return another day. Kinney told the paper that this new policy would help avoid that.

She also presented it as a way to prevent drug overdoses. "It’s our job to keep the offenders and staff as safe as we can," Kinney told The Richmond Times-Dispatch. "We know that people who have loved ones in Virginia prisons don’t want visitors to be able to smuggle in lethal drugs."

Still, the rights of "visitors who are menstruating," as the ACLU put it, trumps the policy — for now.