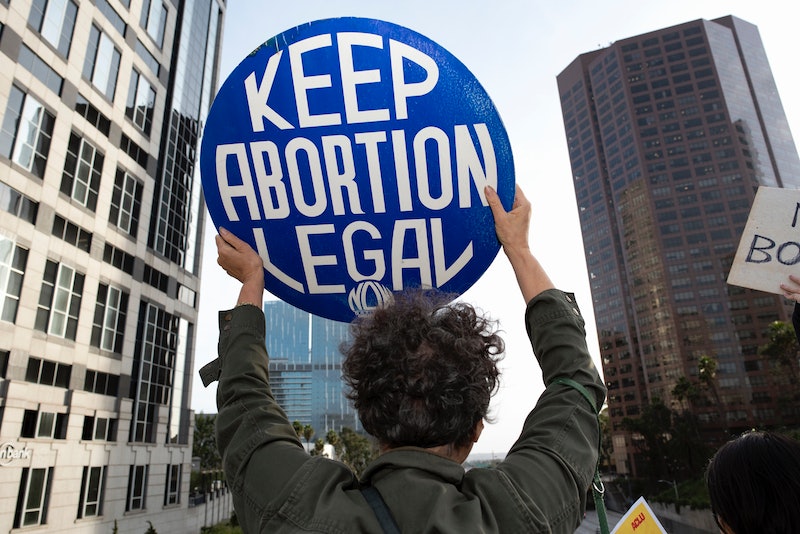 After a vote split down party lines, Virginia will soon be removing mandatory 24-hour waiting periods, restrictions on which qualified medical professionals can perform abortions, and other medically unnecessary obstacles. On Feb. 27, the Virginia General Assembly passed a bill that will make it easier for Virginians to access abortion and reproductive health care, The New York Times reports. Ralph Northam, the governor of Virginia, is expected to sign the Reproductive Health Care Act into law.

The bill also ensures that people will no longer be forced to have an ultrasound or undergo counseling before receiving abortion services. After Virginia removes this requirement, 12 states will still require patients to have an ultrasound before an abortion, according to NARAL Pro-Choice America.

The Reproductive Health Care Act will also ensure that nurse practitioners are allowed to perform abortions, which lifts the burden of finding a physician. Though anti-abortion advocates claim that limiting who can perform abortions and where makes abortion safer, a 2018 study published in Women's Health Issues found that these laws do not make abortion — an already safe procedure — safer. Rather, these laws succeed only in limiting access to medical care. When Gov. Northam signs the bill into law, those obstacles will be lifted, granting people broader access to reproductive medical care.

According to Guttmacher, 24-hour waiting periods like the ones previously in place in Virginia discourage abortion. A 2017 study also published Women's Health Issues found that the 24-hour waiting period did not succeed in convince people that they didn't need abortions, but rather limited their access to receiving safe medical care by requiring them to travel often long distances multiple times.

The previously Republican-controlled Congress in Virginia spent over quarter-century rolling back protections for abortion access, passing laws that made it difficult for clinics to offer abortions and requiring ultrasounds and 24-hour waiting periods. For the first time in 26 years, the now Democrat-controlled legislative chambers are able to start reversing the restrictive requirements Republicans put in place. According to the National Partnership for Women and Families, these laws limiting abortion access have especially harsh impacts on people of color, who already experience high levels of health care disparities.

Virginia's new bill was passed a week before the United States Supreme Court is set to hear a major abortion case that health care advocates worry could chip away at the protections afforded by Roe v. Wade. In that context especially, the lifting of restrictions by the Reproductive Health Care Act will be even more important as a means of enshrining abortion access in Virginia.