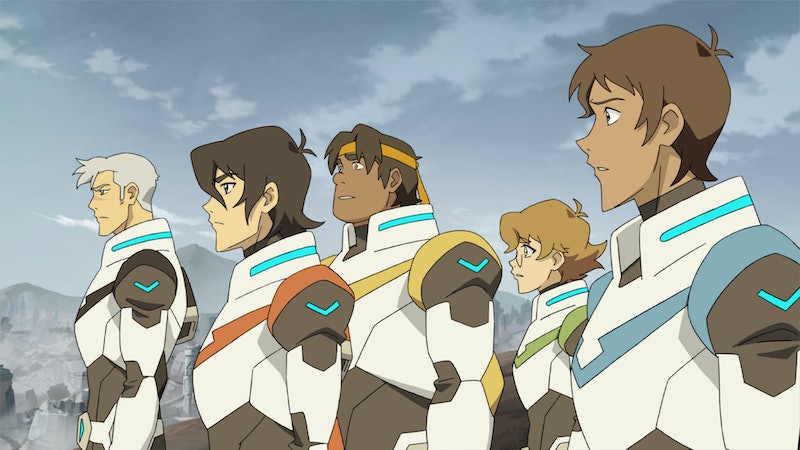 Voltron: Legendary Defender has flown through seven seasons of intergalactic, epic adventures with the beloved Paladins since the show’s 2016 debut. But, Voltron will end with Season 8, which drops on Dec. 14, according to ScreenRant. The animated series’ creative team confirmed the show’s ending at this year’s SDCC convention and hinted that the final episodes would bring everything to a satisfying resolution.

Den of Geek previously reported that Voltron had a 78-episode commitment with Netflix, so Season 8’s thirteen episodes will bring it to that exact total. It’s a sad time for dedicated fans, but they can take comfort in knowing that their favorite show won’t suffer from a dreaded cancellation. It’s always a win when a show has a specific number of seasons or episodes in mind because it eliminates cliffhangers and unresolved plot threads.

An early Voltron teaser definitely brings this story full circle with a voice-over from Allura reminding the Paladins that they are the chosen few who are destined to defend the galaxy. The clip shows Keith, Hunk, Pidge, Lance, and Shiro’s faces as they dive into their innermost thoughts. Then, Allura tells them it is time to end the war, a mashup of their voices all come together as the words “One last chance to fulfill their destiny” flash across the screen in huge letters.

The ending is particularly ominous with a Black screen and Haggar’s voice telling them that is too late for them to stop what is coming for them. She is a well-known and powerful baddie, but there’s apparently something more sinister on the horizon. Has Haggar teamed up with a larger force or will she unleash something unprecedented on the team. Whatever it is, Voltron is going to face their biggest battle yet.

The official Season 8 trailer doesn't give up much more information, but it does deliver all the feels. Pidge says she has been scanning the system and picking up alien radio chatter that’s all saying one word – Voltron. Several characters reminisce about everything they have gone through with Zarkon and the Galra Empire have all led up to this pivotal moment so they can save all of existence. And of course, we saw lots of action and explosions as these skilled fighters took on foes individually and collectively as Voltron.

This feels like a slight departure from previous season trailers with a deeper focus on the characters emotional and mental states at this point. It was no doubt a goodbye letter to loyal fans for making this a successful series. And, the buildup of mystery is enticing for viewers in this spoiler-heavy TV age because it is reminiscent of the old-school anticipation that came with cartoons. There’s a ton of speculation about Haggar’s role this season but many fan reactions were about the show’s fantastic take on an ‘80’s classic.

Who will make it out alive? Will everyone return to Earth for good? And, what will happen to Haggar in the end? Find out how the story ends when Voltron: Legendary Defender takes its final stand.