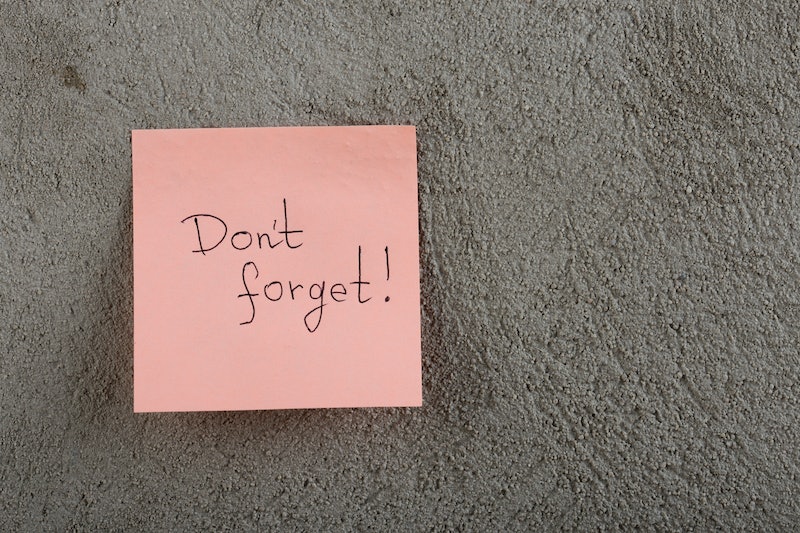 Are you a bit of a forgetful type? Do you regularly do the classic "I've put it down, but I can't remember exactly where?" Well you are absolutely not alone. Many people suffer from short-term memory loss so finding ways to tackle it is an important and a low key vital part of life. Low key as in, lower time spent looking for keys, am I right? Anyhow those bright scientific minds have been doing all the slog so you don't have to. A new study has found that walking backwards can improve your short-term memory.

So the study, which was published in Cognition, found the interesting fact after they tested people's memory using this weird method: walking backwards. OK this is not a drill guys. As Psychology Today reports, they found that it wasn't the action alone. If those tested imagined walking backwards, or even merely watched a video simulating backward motion, they had better memory than those stationary or going forward.

Wow this brings a whole new meaning to "retracing your steps" doesn't it? Dr. Daniel Schacter, the William R. Kenan, Jr., Professor Of Psychology in the Department Of Psychology at Harvard University is the man to ask about all of this, and his analysis of the study for Harvard Health Watching is interesting. And he says that there is a chance that people link the act of going backwards with things that have happened in the past and that is what spurs on those mental cogs. As opposed to the actual physical action.

"We know it can't have anything to do with how they've encoded the information, but I found the results intriguing".

As a part of their study they recruited 114 people to take part in six different memory based experiments. As a part of these experiments they showed the participants videos of a staged crime, a group of images, or a list of words. This is where the interesting bit comes in. Respondents were then tasked with either walking forwards, backwards, watching a video with forward/backward movement, imagine forward/backward movement, or plain old sitting still.

After this they were asked questions about the info they had been shown earlier. Guys the results were astounding. All respondents who had the backwards version of the information remembered things better. Even more interestingly, the people who actually walked backward were significantly more likely to answer more questions correctly, despite differing factors like age. Meaning that it looks like there is compelling evidence to say that moving backwards is the one.

Schacter says that one day there is a chance that walking backwards might be added to memory improving methods. Which is good news for those who want to get better at remembering things day to day and want easy and manageable methods. However, as it is in early stages of research, they can't be positive about its long term effects. In terms of new fandangled ways to boost your mental ability though, this one is pretty harmless. Schacter himself says why the heck not.

"This study would suggest that there are some circumstances where this might be the case, it may be worth trying".