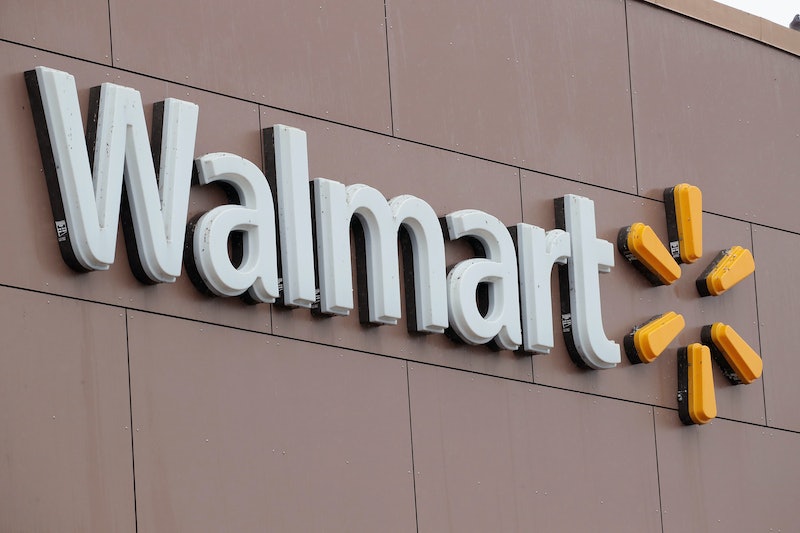 Paying for college isn't easy. For many people, it's downright impossible. Walmart is trying to do something about it. In a recent announcement on its website, it was announced that Walmart will offer college tuition to employees of both Walmart U.S. and Sam's Club, for anyone full-time, part-time, or salaried. Employees contribute what comes out to $1 a day, and Walmart will take over from there, subsidizing the cost of tuition, books, and other fees. Employees can get their degree through one of three schools selected: the University of Florida, Brandman University, and Bellevue University. To create the program, Walmart teamed up with Guild Education, a top education benefits platform, to make it possible for employees to obtain their associate's and bachelor's degrees in either business or supply chain management.

It's not just affordable tuition they're offering. Other perks include academic counseling, covering the costs for employees and eligible relatives to get their high school diploma or a GED, and making it more affordable for employees and eligible relatives to attend other schools and get education coaching. This will apply at more than 80 universities, including Georgia Tech, Columbia University, and Purdue University, says Walmart. Plus, employees will be able to earn college credit ahead of time with paid training provided by Walmart Academy.

Rachel Carlson, chief executive officer and co-founder of Guild Education, said in the press release, “Walmart has kicked off what might be the nation’s most scalable approach to creating educational opportunity for America’s workforce, now available to its U.S. associates and their families. Walmart is also leading innovation at the intersection of workforce development and higher education by helping associates earn college credit for their on-the-job training.”

It's a bold move, but will it work? That's where the Lumina Foundation comes in: they will measure the results of the program to determine if it's as effective as Walmart hopes it will be. The whole strategy was devised and carefully crafted to better prepare adults for their careers — this is why they picked these three specific universities and these two particular majors. If the program works, the burden of financial aid and the barrier it serves as between individuals and a college education would effectively be lifted for Walmart employees.

It's not the only news that's gotten Walmart in the headlines, as of late. As Reuters reported in January, it announced a raise for entry-level workers in the United States to $11 an hour as of February. It also revealed expanded maternity and parental leave benefits, plus a one-time-only cash bonus of up to $1,000, based on how long an employee has been working for the company. It is worth noting, though, that Walmart was simultaneously closing stores, which meant job loss for approximately 7,500 employees. According to Reuters, analysts predicted that, thanks to the new tax law, the move will likely save Walmart billions; raises, on the other hand, are in the ballpark of $300 million.

Low wages have been an issue for Walmart in the past. It wasn't that long ago, reports Reuters, it was paying its workers less than $9 an hour. (The bump to $9 happened in 2015.) While it's important not to gloss over the fact that, in the recent past, many Walmart workers were living below the poverty line, the new tuition program is certainly a step in the right direction, as are other changes that have been implemented since. Hopefully this program will help its employees and give them an opportunity they might not have otherwise, creating the environment for a happier and more financially sound future for workers of Walmart and their families.