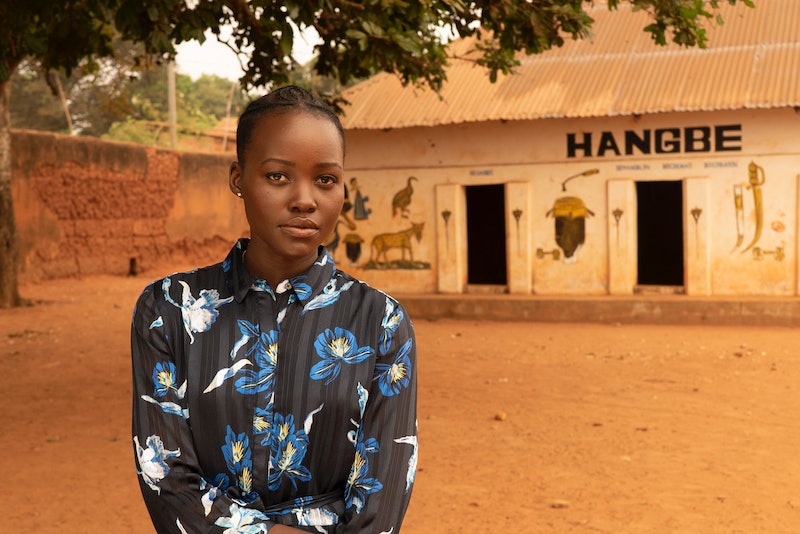 Academy Award-winner Lupita Nyong'o has teamed up with Channel 4 for a brand new TV documentary, during which the Black Panther star will travel to Benin, West Africa to discover more about a formidable all-female army. Warrior Women with Lupita Nyong'o aims to uncover the history of the often overlooked Agoji warriors, and with the help of extensive research, the Channel 4 doc will offer viewers an epic journey into their incredible story.

In what is described as a "thrilling, haunting and emotional" real-life account, Warrior Women uncovers the truth behind the thousands of Agoji warriors, many of whom battled against African and European powers throughout much of the 18th and 19th century. As iNews reports, Nyong'o proudly fronts the Channel 4 documentary, and applies her profound passion and interest in the origins of this fascinating story throughout.

The show's official synopsis reveals how the Agoji women were recruited by their kings, and often fought within highly-trained battalions. As well as delving into the African warriors past, the doc will also look at how women are often written out of history, which inspired Nyong'o to question how power had managed to distort centuries of history.

During an interview with Stylist, Nyong'o revealed that Black Panther's all-female warrior tribe, known as the Dora Milaje, were inspired by the real Agoji warriors, and discussed how her interest in the original African army arose during production of the Marvel box office hit. The Oscar-winner also touched upon how making the documentary forced her to question her own understanding of history, and explained how her education had previously "been skewed towards the Western world." Speaking to the publication, Nyong'o went on to reveal how the women's ability to do "something out of the ordinary" whilst in the confines of a "very patriarchal system" is what she admires most about the warrior tribe, and also praised their ability to avert the cultural norms of that specific time period.

In addition to her work on the TV documentary, Nyong'o has also been the subject of some serious Oscar buzz for next years awards season, and, as Variety reports, thanks to her star turn in Jordan Peele's Us. The horror-flick received a warm response from critics and audiences alike, and if Lupita wins over Academy Award voters, her triumph would mark a significant moment in the genre's history.

For now, however, you can enjoy the inspiring work of Nyong'o throughout Channel 4's latest documentary, which is scheduled to air on Wednesday, October 23 at 10 p.m.