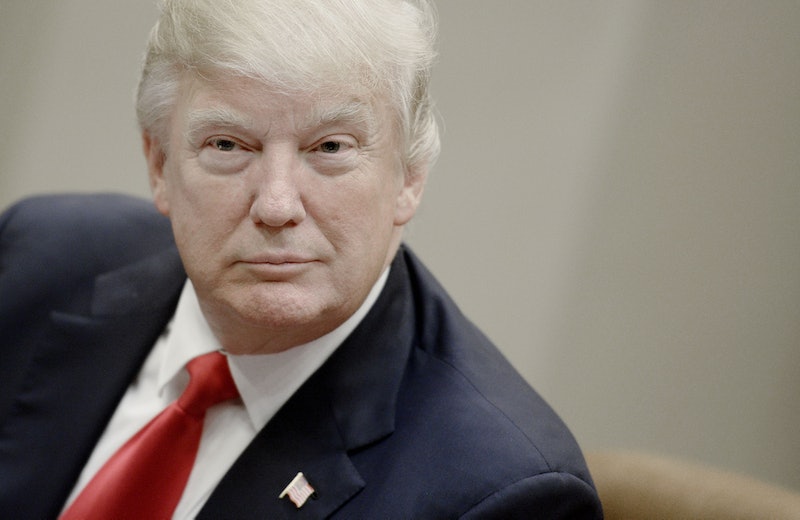 On Thursday, April 6, President Donald Trump authorized what was far from his first or deadliest military operation, but by leaps and bounds his most hotly publicized one. In the aftermath of a chemical weapons attack in Syria widely reported to have been committed by the government of president/dictator Bashar al-Assad, Trump ordered Tomahawk missile strikes against a Syrian air base, all without the approval of Congress. This has raised a simple-yet-crucial question: Was Trump's Syria strike illegal?

According to Article 1 Section 8 of the U.S. Constitution, the Congress is the branch of government that has the authority to declare war. But Trump didn't consult with the Congress, or request a vote on taking military action before launching the airstrikes ― to the contrary, he signed off on the operation, and the missiles started firing.

The fact that Congress was cut out of the process has been criticized by some on both the right and left.

Kentucky Republican senator Rand Paul strenuously insisted the president required congressional approval to do what he did, and Virginia Democratic senator Tim Kaine said there was "no legal justification" for ordering the airstrikes without first consulting Congress:

Whatever you think of Congress, the constitution is clear: Congress declares war. If you let a president just do it unilaterally, whenever he wakes up and thinks its a good idea, you're going to have chaos. And the reason you do a war declaration is threefold: First, it's what the Constitution requires. Second, we shouldn't put our troops in harm's way without a political consensus that the mission is worth it. And third, when you have a debate in Congress over a war, you bring the American public in so that they understand the stakes, and that they feel invested in it as well.

The basic shape of the disagreement here is whether what Trump did constitutes an act of war. While that might seem obvious ― how else would the United States describe a volley of missile striking one of its airfields, do you think? ― that kind of semantic wrangling is the main way presidents have ducked the legal requirement that the Congress declare war.

Proponents of a strong chief executive reliably point to the Constitution's clear statement that the president is also the commander in chief, affording them decisions over how the military is used. But it's far from a settled legal argument, with countless separation of powers advocates on both the left and right fervently arguing that Congress is being cut out of its Constitutional duties.

In fairness, this isn't a strictly Republican (or Trumpian) problem. The U.S. Congress hasn't actually declared a war since entering World War II back in 1941 ― the Iraq war, for example, was not declared as a full-fledged war, but an extended military operation approved by the 2002 Authorization for Use of Military Force (AUMF) against Iraq.

The 2002 AUMF was nonetheless approved by Congress, however, and has been cited as a possible pretext for attacks in different countries for more than a decade later, including in the run-up to the Obama administration's military action in Libya in 2011. When Obama sought approval from Congress for a military intervention in Syria in 2013, it was opposed by Republicans and Democrats alike.

In short, there's been a glaring, bipartisan slide in the past few decades toward cutting Congress out of the decision-making process for military force, while abundant power and deference has been concentrated in the executive branch. So, yes: Trump's airstrikes may well have been illegal, but few people in Washington have shown the desire to grapple seriously with the issue of the executive's ever-expanding war powers.