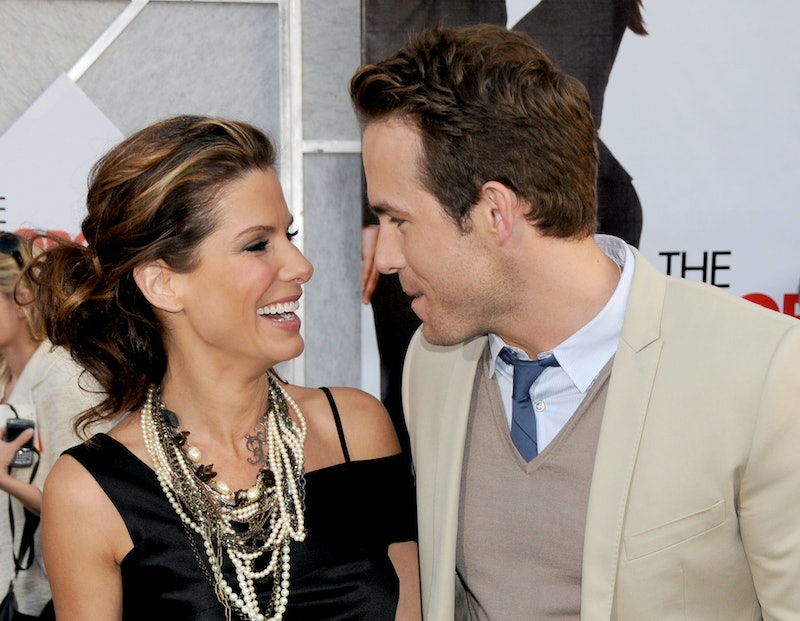 Betty White is a national treasure and no one knows that better than her Proposal costars Sandra Bullock and Ryan Reynolds. In honor of her 98th year on this earth, Reynolds and Bullock sang happy birthday to White in a joint video. But their love for the Golden Girls star overwhelmed the Hollywood A-listers as they bickered over who loves White more. Based on his anecdote in the video, Reynolds' love for White just might take the birthday cake. However, the real winner of who loves White more would probably be best proven in a sequel to The Proposal.

Unlike their 2009 romcom, Reynolds and Bullock start their birthday video off playing nice with one another as they take turns singing "Happy Birthday" verses to White. But once "Sandy" proclaims she loves White more than Reynolds, the Deadpool actor is forced to document the depths of his devotion. He recounts his birthday tradition of hand delivering flowers to White "wearing nothing but black socks and a dozen gold bracelets" — just like the nonagenarian had requested. His defensive reminiscing leaves Reynolds too upset to continue his serenade, so Bullock has to bring "Happy Birthday" home while he is reduced to a puddle of tears. The video ends with the Golden Girls theme song, "Thank You For Being A Friend," playing over a birthday message.

Besides his flower deliveries, Reynolds has also made a habit of celebrating White's birthday on social media. In 2018, he recognized White's love of vodka and hot dogs as his Deadpool persona. In 2019, he broke his normal protocol of not posting about exes to wish his "ex-girlfriend" White a happy birthday. He also paid tribute to White in the 2018 documentary Betty White: First Lady of Television, which conveniently just hit Netflix a week ahead of White's 98th birthday.

Bullock might not have social media, but she's not one to be outdone when it comes to showing her affections for White. The Bird Box star presented the four-time Emmy winner with the Screen Actors Guild Life Achievement Award in 2010. Later that year, People magazine reported that White said about Bullock to Entertainment Tonight, "I love her with all my heart ... [she's] one of the greatest human beings on the planet."

Reynolds' breakdown at the end of the video seems to be confirmation that though he loves White more than Bullock, White loves Bullock more than him. That certainly won't stop him from wishing White a 99th birthday, complete with gold bracelets, next year. But maybe White could put an end to this battle for her affections once and for all by reuniting with both actors for a Proposal 2.

More like this
Before 'Bullet Train,' Revisit These Brad Pitt 'Fight Club' Premiere Photos From 1999
By Grace Wehniainen
Jennifer Coolidge Needs 'Legally Blonde 3' To Happen So She Stops Getting Hot Dog Jokes
By Jake Viswanath
The Sean Bean Intimacy Coordinator Controversy, Explained
By Sam Ramsden
Twitter Is At Odds Over Taylor Swift’s Possible ‘All Too Well’ Oscar Run
By Brad Witter
Get Even More From Bustle — Sign Up For The Newsletter