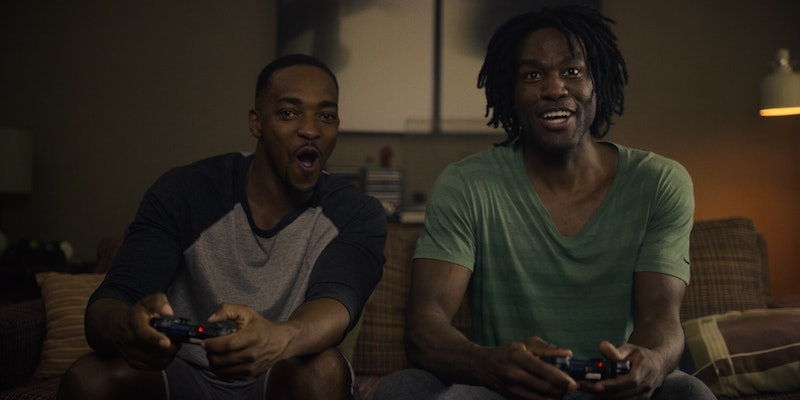 A new season of Black Mirror is coming out, which means three more episodes that should prove to be both entertaining and thought-provoking. There is, of course, no set way to watch the anthology series. But we recommend you watch the Black Mirror Season 5 episodes in this order to get the most out of your viewing experience — and hopefully end on a high note.

Black Mirror has never been particularly easy viewing, and its exploration of our fraught relationship with technology can often be unsettling or downright depressing. However, there has been some lighter fare over the years. "Hang the DJ" and "San Junipero" both followed couples finding true love within a simulation, while "USS Callister" ultimately freed a band of tortured AIs. It's no surprise that the last two are the most acclaimed episodes, with "USS Callister" winning four Emmy Awards and "San Junipero" winning two. People like satire and apocalyptic scenarios but they also, it seems, just want to be comforted that we're heading in an OK direction.

Black Mirror Season 5 encapsulates what the show does best: there's a wide variety of technology use in the season,, and the endings range from dark to hopeful. Ultimately, this season trades in more of its signature barbed critique for an overall lighter feel. Below, we've ordered Season 5's episodes from the least optimistic to the most so that while you watch, you can look forward to a little light at the end of all that (marginally less than usual) darkness.

This is the most-no frills episode, and it scales back on using any bright imagery or fancy new tech to instead open up a conversation about the role today's tech companies play in our society, for better or worse. The episode features a pretty obvious critique of how addictive and damaging social media sites like Facebook and Twitter can be, while also raising important questions about CEO accountability and data privacy.

Although it's pretty much a dialogue-heavy, bottleneck episode where the action is confined to just two locations, it's buoyed along by the incredible acting performances of Andrew Scott, Topher Grace, and Damson Idris, a young actor that viewers may not be familiar with but will be definitely rooting for by the end.

The episode is both tense and sad, and may just have you thinking twice before checking Twitter for the 20th time that day.

This episode is by far the most fantastical and multilayered of the three, so it's difficult to talk about it without spoilers. It features the heaviest amount of CGI and technology, putting it more in line with high-concept episodes like "Fifteen Million Merits" or "Hang the DJ" while channeling the aesthetics and emotions of "San Junipero." It also has some of the most gorgeous visuals, on top of an often times atmospheric tone.

It's an episode that features incredibly affecting acting from all involved, including Anthony Mackie, Yahya Abdul-Mateen II, Nicole Beharie, Pom Klementieff, and Ludi Lin. The places that this episode takes the viewer may be surprising, as it broaches topics about marriage, relationships, sex versus love, and gender versus sexual identity. (So yes, this is the only episode this season to feature a lot of sex, in case you're wondering which ones are comfortable to watch with your family.) And while the ending is certainly not grim, it's not wholly happy either; it just sort of is.

"Rachel, Jack and Ashley Too"

"Rachel, Jack and Ashley Too" has the lightest ending by far, though it does tackle some meaty themes. It's as much about the interplay of music and technology as it is about the exploitation of artists, calling to mind recent cases like Ke$ha's legal battle with Dr. Luke.

"I think it's an important story that needs to be told, such a realistic take on what it's like working in the music industry," star Miley Cyrus told The Guardian. "It really portrays the overt exploitation of artists and that numbers usually eclipse the creative most of the time."

A major issue the episode explores is that of the musical hologram, and how it can become an optimized, superhuman replacement for a living artist. The episode also features a talking doll (which immediately brings to mind the Furby, for those of you unfortunate enough to experience that) but ends on a reaffirming note of sisterhood, making it one of the sweetest Black Mirror episodes yet.

Ultimately, "Rachel, Jack and Ashley Too" is one of the series' most simplistic (and arguably less interesting) storylines, but considering how bleak Black Mirror tends to get, it's exactly the palette cleanser you need to close out Season 5.